- January 13, 2021
This was a surprise - relatively low-budget horror movie that gets it right. This is a tale of supernatural evil, and the way it intersects with the very human evil we see every day, and learn about from the study of history. Suffice to say, I was spooked.
The premise is simple. In modern New York, Yakov (Dave Davis) is a young man who has suffered mental illness and is part of a support group. He is a former Hassidic Jew (please note, much of the dialogue is in Yiddish), and has left the strict Orthodox world for a confusing, bright, and often scary world beyond. We first see him admitting to struggling to earn a living, and having problems talking to girls. He is not savvy with his new mobile phone, which becomes significant later on.
Outside the support group lurks Lev, who would like to welcome Yakov back into the fold. He holds out the lure of money, in the form of payment for a vigil. Yakov can make his rent money by being a shomer, sitting with the dead overnight and reading prayers to help guard the deceased from evil. But it turns out that this is a classic case of shutting the stable door. The widowed Mrs. Litvak - marvelously played by Lynn Cohen - warns him off, but of course he doesn't listen. He needs the money.
The house of the dead man, Holocaust survivor Rubin Litvak, is full-on New York Gothic. This is a dark film in every way. It is of course very easy to engineer jump scares in murky environs, but writer-director Keith Thomas does a good job of pacing his shocks. There is much that is truly horrific here, but nothing by way of excessive gore. One scene is event reminiscent of a classic M.R. James plot twist. There is also the discovery of an old document - actually a VHS tape - that reveals the nature of the menace.
Central to the story is the idea that great evil spawns and grows and infests our world more profoundly when human evil runs rampant. (In this respect The Vigil resembles Under the Shadow, the Iranian horror movie set during the war with Iraq. As Saddam's missiles rain down, djinns ride in their wake and rejoice in fear and suffering.) Rubin Litvak, we see in a pre-title sequence, survived the Holocaust, but at an appalling cost that terribly disfigured his soul. The demonic presence that haunts the house preyed on Rubin because not only was he the victim of evil, but was compelled to do evil himself. We find out that Yakov's trauma, which drove him to leave his community, is of a similar kind. 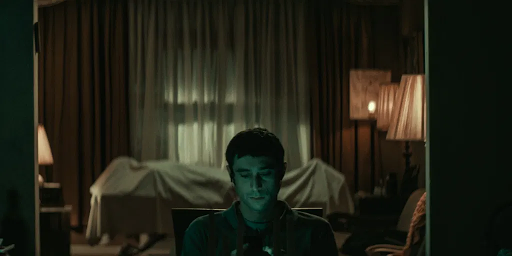 The final showdown may strike some as OTT, while others could find it a bit perfunctory. It depends on what you expect, and what you want. I found the last quarter of the movie very moving, as we see Yakov fight back while never coming across as a conventional hero. Fighting demons - inner or otherwise - is necessary, but you wouldn't want to make a career of it.
This is a fine lockdown movie. The small cast, the limited interaction, the use of Facetime on the phone etc show that it was made in difficult conditions, but it makes a virtue out of necessity. The sound design and cinematography are superb and the small cast give close-up, intense performances that grip. One for fans of It Follows, The Babadook, and other movies that never let tongue stray into cheek. 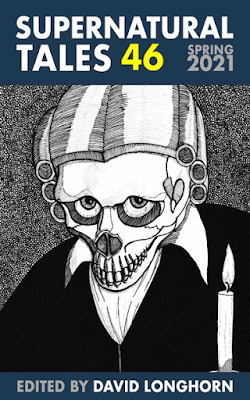