Netflix, to be fair, has something of a reputation when it comes to genre stuff. Those of us who love sci-fi and horror have come to regard the fanfare surrounding a new series or movie with great scepticism. Netflix has let us down too often with a great opener followed by a decline into rambling dullness or just plain idiocy. Fortunately, when the streaming guys get it right the results can be remarkable. Last year we had Midnight Mass. And 2022 kicked off with Archive 81, a very satisfying serial based on a hit podcast. 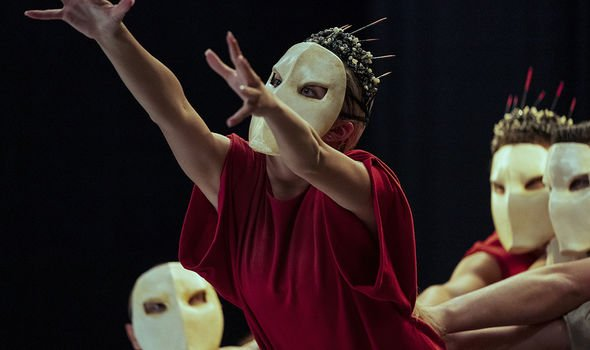 Archive 81 is intelligent horror that nods to Lovecraft, among others, with a tale that manages to combine elements of sci-fi, black magic, and conspiracy theory. It has a good cast, the performances are fine to excellent, and every episode is solidly entertaining. There is very little excess fat here, but the pace is relatively slow. It builds, in each episode, to a climactic revelation that takes us further down to the road to full-on craziness.
Read more »
- January 30, 2022 No comments: 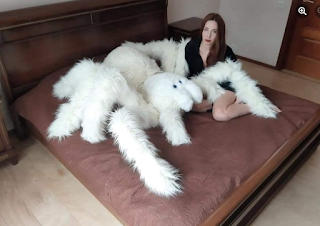 The last book by renowned author Ron Weighell had to be a major event. King Satyr is a novel - albeit a fairly short one - that includes major elements of autobiography, quite a few characters based on real people, and some excellent set-pieces. But we all know the unspoken (or sometimes spoken) question whenever a posthumous work by a much-loved writer appears. Does it disappoint? 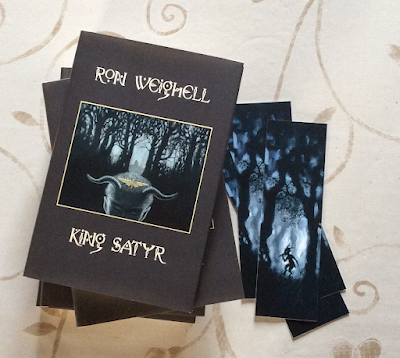 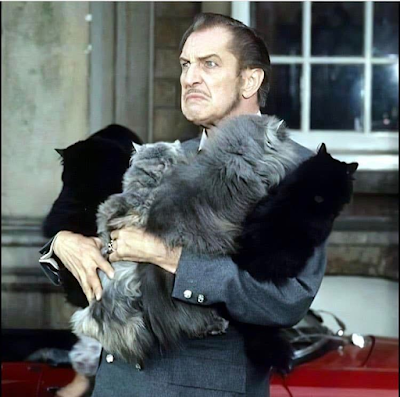 This very handsome volume has lovely cover art by Brian Coldrick, which gives a pretty good idea of the content. Sinister veiled lady , hypodermic, whacking great snake, revolver, chap in a top hat! Might we be in the realms of weird Victorian fiction? Good Lord, yes.

L.T. Meade was an Irish-born contemporary of H.G. Wells and Sir Arthur Conan Doyle, and enjoyed comparable popularity in the 1890s, when she was one of the top writers for The Strand magazine. Her reputation has not lasted so well, though, in part because her brand of weird mystery/crime fiction straddles the marshy ground between Conan Doyle's 'pure' detective fiction and Wells' proto-sf.  As a result the stories in this book ofter read like uneasy hybrids. She was also extraordinarily prolific and her girls' school stories became immensely popular, throwing the rest of her work into the shade. It is better to succeed than to fail, of course, but spare a thought for the prolific and versatile writer whose best work is almost forgotten thanks to remarkable success in one narrow field.

'The Fourth Presence' by S.A. Rennie

The final story in Terror Tales of the Scottish Lowlands takes us to St Andrews and its environs - and also the Antarctic. It's a fine example of a period piece, drawing on the long and noble tradition of polar horror, where the killer cold and weird light conspire to remove characters from anything resembling normality. Lovecraft handled it well, of course, as did Conan Doye, and Mary Shelley's anti-hero set off into polar realms to pursue his hapless creation. Then of course there is 'The Waste Land', which I think the title refers to, in which Eliot draws on the idea of an additional presence that haunted Shackleton and two of his comrades. Some have interpreted this fourth presence as a guardian angel... 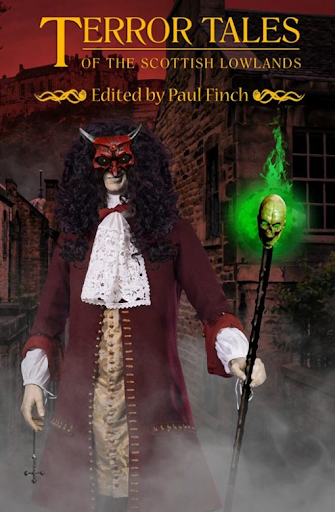 S.A. Rennie's story begins with the funeral of a celebrated - and notorious - explorer, whose body is interred beneath a Scottish chapel. The brother of the deceased returns to the family home where his sister welcomes him and shares some disturbing information. Suffice to say that their dead brother left behind conventional scientific notions in favour of disturbing, mystical notions about the hollow earth and stranger things. This is a nice nod to Poe - both 'MS Found in a Bottle' with its 'hole at the pole' and the incomplete saga of Arthur Gordon Pym. The latter ends with a vast, white figure looming out of a blizzard.

As more troubling information is revealed, it becomes clear that the arrogant, hubristic explorer sought out and found something powerful and dangerous in the Antarctic. What's more, he seems to have somehow brought it back. Intense cold manifests itself in and around the family home, and the climax of the tale is a tour de force of old-school weirdness, just explicit enough to work on several levels. Editor Paul Finch picked the right story to end the volume, one that lingers in the mind with its vistas of snow-bound wastes and monstrous presences.

And that brings to an end my running review of this excellent paperback. Get over to Telos books - link above- and buy a copy! Not only will you get hours of reading pleasure from the fiction, Paul Finch has also provided excellent capsule accounts of Scottish folk tales and true-life horror as 'palate cleansers' between each story.