Showing posts from February, 2012
Show All

- February 27, 2012
Sarob Press has announced a new volume of stories, consisting of the winners of the Ghosts & Scholars competition to write a story linked to any of M.R. James' tales. It's an all-star line-up of authors and no mistake. The prequel/sequels are as follows: “Alberic de Mauléon” by Helen Grant (“Canon Alberic's Scrap-book”) “Anningley Hall, Early Morning” by Rick Kennett (“The Mezzotint”) “The Mezzotaint” by John Llewellyn Probert (“The Mezzotint”) “Quis est Iste” by Christopher Harman (“Oh, Whistle, and I'll Come to You, My Lad”) “The Guardian” by Jacqueline Simpson (“The Treasure of Abbot Thomas”) “Between Four Yews” by Reggie Oliver (“A School Story”) “The Mirror of Don Ferrante” by Louis Marvick (“Casting the Runes”) “Fire Companions” by Mark Valentine (“Two Doctors”) “Of Three Girls and of Their Talk” by Derek John (“Wailing Well”) “The Gift” by C.E. Ward (“The Experiment”) “Malice” by David A. Sutton (“The Malice of Inanimate Objects”) “Glamour of Madness” by Pe
Post a Comment
Read more 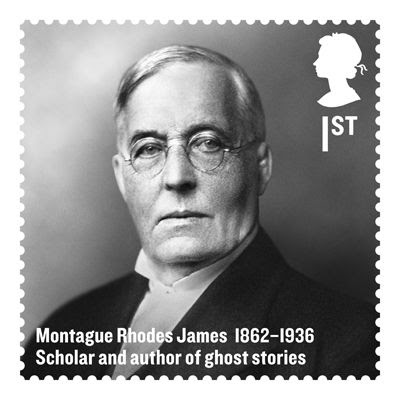 So, M.R. James finally gets his own British stamp. (Being British, it does not indicate its country of origin - such was the confidence of empire when postage stamps were introduced that it was assumed everyone would know.) Anyway, this is what it looks like, courtesy of Stamp Magazine : Sad to note that the writer for Stamp Magazine claims that MRJ wrote 'The Casting of the Runes'. Perhaps this information comes from the Royal Mail, or maybe it's down to inept Googling. Tsk tsk, young people today...
2 comments
Read more

- February 22, 2012
As promised a while ago, I've perused the latest Sarob Press release - a collection of two novellas and four short stories by the veteran writing partnership of Len Maynard and Mick Sims. While there's nothing new about such teamwork, especially in the field of ghostly/horror fiction, it is quite unusual nowadays. The first novella, 'Double Act', explores what can be one of the murkiest facets of showbiz - the comedy partnership. In the standard double act there's a clown and a straight man, though the conventions are sometimes flipped around - Morecambe and Wise famously took Abbott and Costello's approach and reversed it,with the tall, apparently 'serious' one becoming the clown. In 'Double Act' the straight man - who is also the duo's writer - dies, leaving the clown (a penurious compulsive gambler) with an uncertain future. Things become even more tricky when it emerges that someone, or Some Thing, is killing people linked to the now-d
2 comments
Read more

The Woman in Black 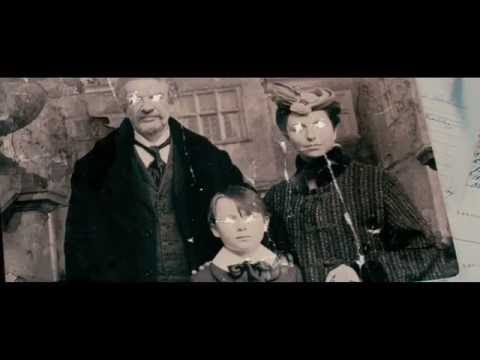 Yesterday I went with a friend to the Tyneside Cinema in Newcastle to see - well, what? An adaptation of Susan Hill's novel? A new vehicle for Daniel Radcliffe? An example of British 'heritage cinema', complete with steam trains, vintage Rolls Royce and lots of lovely coastal landscape? In a way TWIB is all of these, and of course it is also a new Hammer film. But is it an enjoyable celluloid ghost story? My answer is a qualified yes. TWIB is not as good as last year's The Awakening, arguably because the latter was always conceived as a film. Susan Hill's take on the traditional ghost story is deeply 'literary' in that it involves a lot of musing by a man poking about in an old house. There is no dialogue, only inner narrative, for quite long periods. The stage play gets round this problem by an ingenious bit of very stagey trickery. The film takes the route more travelled and essentially deploys Asian horror shock tactics. What of the actual story? S
4 comments
Read more 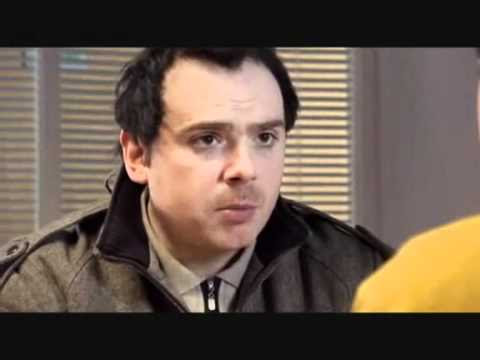 HP Lovecraft's characters never thought to get the council round to sort out their eldritch horrors.
Post a Comment
Read more

A pint at the Wicker Pub 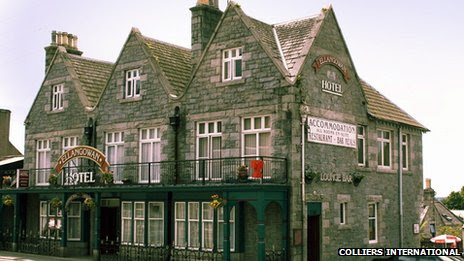 Put another way, the pub that features in the classic Seventies horror movie The Wicker Man is up for sale . In the movie, Ellangowan Hotel in Creetown, near Newton Stewart, was the fictional Green Man pub and had actress Britt Ekland as a barmaid. Plockton, Ayrshire and Skye also featured in the film starring Edward Woodward and Christopher Lee. The nine-bedroom hotel in Dumfries and Galloway has been put on the market for offers of about £200,000. Britt Ekland no longer pulls pints By an odd coincidence, the town of Newton Stewart was one of the places in Scotland where my family holidayed in the late Sixties. (I live in the North East of England, which makes Scotland easier to get to than London, say, and much more accessible than Wales or Cornwall.) Anyway, at Newton Stewart I spent a week in a guest house that was once visited by the young Edgar Allan Poe. So that small part of the Scots lowlands has quite a horror heritage. Flowerbank House - Poe slept (or was in
9 comments
Read more

# It's not every day that I pause a rented DVD to rush to my laptop and look up some actual FACTS on the interwebs. But in the case of R-Point I had to be sure that what I was seeing wasn't some weird distortion of history. Because this film is about South Korean soldiers in the Vietnam War. It's become so natural to think of Vietnam was a war waged by Americans that the presence of various allied forces on the southern side rarely comes up. But, as I found out, some 300,000 Korean troops were sent to Vietnam. This film follows one fictitious unit as they set out to investigate a far-from-routine situation. The trailer above gives away a crucial plot twist, I'm afraid, but it does give you some idea of what happens. Essentially we're in 'lost patrol' country, with the grid reference of the title slap bang in the middle of a sacred (or cursed) site. The basic premise is familiar enough. In ancient times Chinese invaders massacred the locals and threw their
Post a Comment
Read more

Flame and Other Enigmatic Tales

Just received, a new volume from Sarob Press. The name Sarob is recommendation enough, as they always produce excellent volumes by first-rate authors. I hope to post a review shortly, but in the meantime you can check out Sarob's blog here , from which I've culled a few details. Maynard Sims: Flame & other enigmatic tales Six darkly enigmatic and chilling stories make up Maynard Sims fourth Sarob Press collection – their first since Falling Into Heaven (2004). Here you will find two novellas – the sequel to their well-received novella “Moths” (see Echoes of Darkness) and a spooky tale of life and death – and what comes after – set in and around the variety theatre of the 1950s. There are also four shorter but no less haunting tales – one of which is a new “Dept 18” adventure. Five of the six stories are original to this collection and the sixth has been fully revised.  Len Maynard & Mick Sims are the authors of the novels Shelter , Demon Eyes , Black Cathedral a
Post a Comment
Read more

- February 01, 2012
S.P. Miskowski, whose story 'A.G.A.' will appear in ST21, can be heard online , reading from her first novel. The extract, 'Don't Wander Too Far Into the Forest', is from the intriguingly-titled  Knock, Knock . Some of her work can be found on Amazon UK here .
1 comment
Read more
More posts