Showing posts from February, 2015
Show All

- February 26, 2015
Mark Valentine reminds the world that the deadline for nominating your favourite ghost stories of 2014 is approaching. The deadline is midnight on 28 February. To vote, simply send me your choices for the best story, and best anthology or collection, published for the first time last year. You have up to three (equal) votes in each category. Let Mark now your trenchantly-held opinions before March arrives! His email address is: markl.valentine@btinternet.com
Post a Comment
Read more

The Werewolf of Lisbon (Review) Back in 2000 when I set out to publish Supernatural Tales, it didn't occur to me that it might have some therapeutic effects. However, when I accepted a story called 'Cats and Architecture' by Chico Kidd it started a major supernatural saga. It turned out that Chico, who also wrote supernatural fiction for some years under her 'real' name A.F. Kidd, had been suffering from bad writer's block. But when she crafted a tale of a Portuguese sea captain who escapes from a sorcerer's thrall in Venice the creative log-jam was cleared, in a big way. Since then she has written many more short stories and two novels about Luis da Silva, the captain and owner of the barque Isabella . Da Silva is cursed, or blessed - depending on your viewpoint - with the ability to see ghosts. He lost an eye to a demon to gain his ghost-seer status. And he also remained entangled with a shadowy world of strange beings and paranormal conspiracies that exists parallel to, and intersect
1 comment
Read more

We Are The Martians! 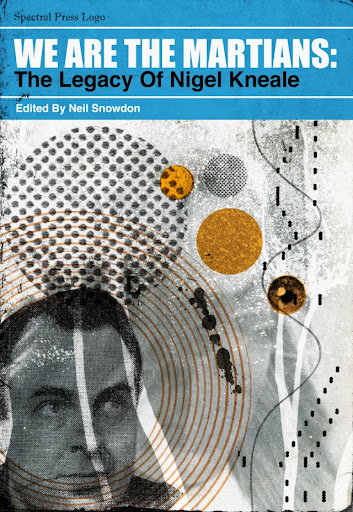 Well I personally may not be a Martian (though I sometimes wonder), but here we have the contents of a new book about Nigel Kneale.  I'm a huge admirer of NK's work, which spans the horror, sci-fi and thriller genres. He inadvertently launched Hammer Horror thanks to the film adaptations of his Quatermass TV serials. He was a superb short story writer, and his only collection -Tomato Cain - is well worth seeking out (but deserves a cheap paperback reprint IMO). His one-off play The Year of the Sex Olympics accurately foretold the coming of reality TV. The Stone Tape is a classic ghost story with an sf rationale. His series Beasts is a masterpiece of low-budget imaginative fiction. He wrote about aliens, yetis, monsters (some in human form), ghosts, and just about anything else that you can imagine.  And now here comes a book that looks at all this and more! Among the contributors are two stars of contemporary horror who have graced the pages of ST - Lynda E. Rucker, who g
2 comments
Read more

Friends of the Dead 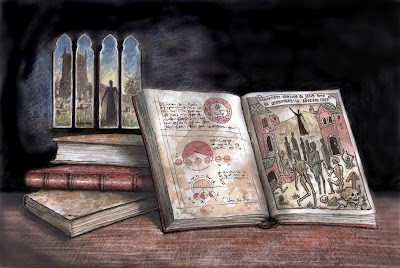 Please note that this review contains a few spoilers. I hope I've avoided giving away anything important, but the butler did it. James Doig's new collection is an interesting demonstration of how wrong-headed I can be about writers. I often categorise ghost story authors in one of two mental files. In one I tend to put writers I consider to be 'pragmatists', in the other I put the 'poets'. A pragmatist is essentially an ideas man (or woman), whose stories pivot on a central conceit or depend on a crucial twist. A poet is not devoid of ideas but his/her stories are more lyrical and depend to some extent on atmosphere for effect. James Doig, though, proves my little system to be inadequate, because while many of the stories in his first book are idea-driven, they are all dependent upon a well-evoked atmosphere to work. This is true even of vignettes, of which there are several good ones here. 'The Land Where Fairies Linger' is a very effective evocati
Post a Comment
Read more

- February 13, 2015
I've received an email from the estimable Rob Lloyd Parry, which I will share with the eager multitudes. Pub Readings I shall be doing a rehearsed reading of  'The Door in the Wall,'  a short story by H G Wells, upstairs at the Maypole pub in Cambridge on Sunday 8th March at 8pm. Also a rehearsed reading of Charles's Dickens ghost story  'The Signalman'   at the Devereux Pub in London ,  nearest tube Temple, on Monday 6th April at 8pm. There is no charge for admission for these events, but please do let me know if you want to come, as space is limited. I will pass round a Phrygian bonnet at the end to collect any donations or appreciations you might wish to make. DVDs After being out of print for several months, all three Nunkie DVDs - 'The Ash Tree', 'A Warning to the Curious' and 'A Pleasing Terror' are available again. see  http://www.nunkie.co.uk/dvd.html  for details. There's a special offer for readers of t
Post a Comment
Read more

James Doig is one of the many excellent writers whose work has appeared in Ghosts & Scholars, edited by Ro Pardoe. His first collection. Friends of the Dead , has just been published by Sarob Press . You'll be pleased to hear that I've received a review copy of this fine volume and will be providing a full review in due course. I'd read the G&S stories before, of course, but they've been extensively revised and there is also plenty of material that's new to me, including two previously unpublished tales. Anyway, watch this blog for the review and enjoy the splendid Paul Lowe cover art.
2 comments
Read more 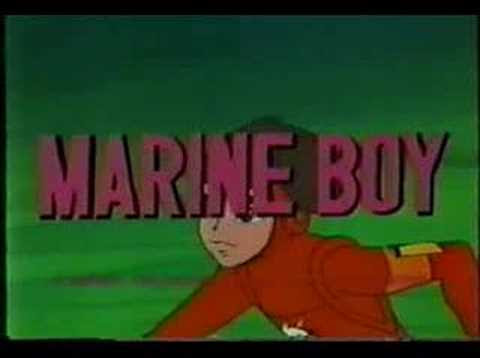 ... is the title of Cardinal Cox's latest poetry pamphlet. It's about the crazy world of Japanese popular culture, and how it impinged on the life and times of chaps like the Cardinal and, indeed, myself. It's a delightful collection, chock-full of nostalgic joy for me, and replete with Pete's trademark intelligence and humour. Well, that's two trademarks, but you know what I mean. It's all starts rather well with a picture of Godzilla as Popzilla, complete with shades and tee-shirt. The first poem is 'Tokyo Schoolgirl Commando Defence Squad', which - while an invented title - is no more bizarre than about fifty percent of manga/anime stuff. Other poems pay tribute to the gradual penetration of UK minds by bonkers Japanese TV shows like, well this: Marine Boy! The first anime on British television. Cox also pays tribute to Star Fleet, the Japanese attempt to emulate Gerry Anderson by going a space epic with marionettes. It was wonderful, liberating
Post a Comment
Read more
More posts