Magical Superlink takes you to all available print-on-demand issues.

You can find it on the UK Amazon site here

You can find it on the US Amazon site here

Here are the first lines of the stories, to give you a taste of what's on offer:

'Our fevered nights were hung with strange new stars'

'That the Sea Shall Be Calm' by David Surface

The world is ending.

On the day I first saw the man in demin clothing a flock of geese arrowed across the sky.

It was a rather melancholy drive down to that obscure edge of Kent, thanks to both dismal February weather and the purpose of my visit.

'The Sea Man' by James Machin

After long anticipation, Sorrow is the Mother of the World arrived at the local art house cinema and I found myself, much to my surprise, having the theatre all to myself with only minutes remaining before the feature was to begin.


'Sorrow is the Mother of the World' by Jeremy Schliewe

After a feverish week, sweating in bed and plagued by a dream of my kitchen catching fire, I woke ravenously hungry on Saturday morning.

'The Inheritor' by Peter Kenny


Before that day, Phoebe had thought she knew the island well enough, but if she had ever heard of Penrhyfedd, she had no memory of it. 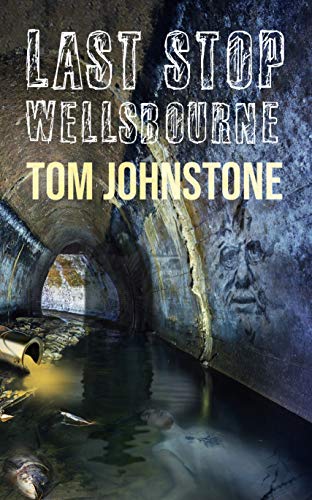 Tom has been kind enough to send me a PDF of his new book, which is published by Omnium Gatherum. I will get around to reviewing it, honest. There's certainly a lot of it to read - knowing Tom's talent, any reader will find much to absorb and delight them.

Wellsbourne’s a town like no other, an ordinary English seaside town where extraordinary things happen, a place of magic, mystery and madness. Here you’ll meet the woman stalked by drones and her own past, the politician who discovers the dark secret of the Green Man, the corpse collector with another self, the girl who menstruates yellow paint and the woman with the red, red hands. You’ll discover a garden that can disappear, boxes of books haunted by a dead writer and a 3D printer that can bring the dead back to life, though in a somewhat altered state. Wellsbourne welcomes careful drivers, but doesn’t necessarily let them leave again…


The very first issue of Supernatural Tales featured a story by Michael Chislett. Since then nary a year has gone by without at least one more tale from him. He's a remarkable author, but one who is not easy to categorise.

The fact that he has been published many times in Ghosts & Scholars proves that he often works in the M.R. James tradition. In this volume 'Th Whistle Thing' confirms his love of and technical proficiency in this sub-genre. Yet his stories are not always tales of ghosts, as such.

By the same token, he is not a horror writer, but his work can offer deeply horrific scenes. He is, however, unquestionably a London author, and his work - while not always set in what was once known as the Smoke - has a sensibility that, like London, is both cosmopolitan and very specific.

Which brings us to this new-ish collection from Sarob Press. Here are a baker's dozen stories, five previously unpublished, that provide an excellent showcase for Chislett's talent. Most are, of course, familiar to your humble reviewer. Of those first published in ST, I was pleased to see so many excellent stories finally between hard covers. These five tales pretty much range of all of Mike Chislett's areas of interest.

The latest poetry pamphlet from Cardinal Cox stems from work he produced while poet-in-residence for the Dracula Society (2015-17). In thirteen poems he draws on 'the lore of an alternate London, while in the background a mounting horror looms'.

Well, I like a good looming horror, and this one does not disappoint. As always, the poet's notes to each poem are as entertaining as the work itself. We begin at 'Thutmoses III Needle', and a concrete poem in the shape of the obelisk (more or less). This needle 'sews memory into future'. In the note we read that Fun Manchu had a doctorate from Mistakonic U., among other fine institutions. The spirit of old London - the London of mystery and horror, often linked to exotic outsiders - is nicely evoked.

The next two poems concern a book Cox found entitled London Scene and London People. The mysterious volume inspires two sonnets, the first concerning 'The Old Devil Inn, Fleet Street', the second on 'Temple Bar'. Mentions of Shakespeare and Ben Jonson, Tellson's Bank, and Wren stress the interweaving of London actual and London imagined. 'The Templar's Gate' looks further back, to the Templars themselves, and their enduring legend. Two more sonnets muse on two lesser-known subjects, Mrs Salmon's Waxworks and St Dunstan's Giants, some of the many large-boned characters found in the capital.

'Dance the Paddington Polka' is a grimly jolly poem about Tyburn, and the dance performed by men suspended from the gallows for public entertainment and - supposedly - for reasons of justice. The roughest of rough music accompanies the final polka 'upon the wooden stage'. 'Chicksand Street' brings us up to date with Banglatown, the vibrant London that is always changing, yet constant.

'S.O. 23' introduces a secret section of Scotland Yard that deals with the weird - Hobbs Lane Tube Station, for instance, and the plague pit under Albert Square. A playful poem on the 'tube route killer' considers serial murders inspired by the names of stations - 'Turkey Street - corpse stuffed and roasted'. Finally, we encounter the literal underworld of London, where 'all rivers become one beneath the earth'.

If you'd like a copy of this enjoyable pamphlet, you can get one by emailing the poet at cardinalcox1@yahoo.co.uk or sending an SAE to:

Do you think themed issues of ST might be a good idea? Just mooted the idea with a friend on Facebook, and came up with the following themes - curses, witches, monsters. Obviously ghosts are another possibility. Would a theme be too restrictive, or might it stimulate authorial creativity to re-examine familiar tropes, ideas, imagery etc? Also, might themes be extended to include more general terms like 'islands' or 'travel'?

Old-time science fiction fans like me may recall James White as the author of the Sector General books - tales of space medicine that were way ahead of their time.

Well, I've just been informed that there's a James White award for stories by non-professional writers, and Stephen Cashmore has just been shortlisted! Stephen has served heroically as proofreader for many issues of ST, and deserves some kind of campaign medal. But a literary award would be nice, too.