Showing posts from November, 2019
Show All

The new issue is now available to order online. Contents: 'The God of Storage Options' by Steve Duffy 'Flame Mahogany' by Jane Jakeman 'So Much Wine' by Lynda E. Rucker 'That’s What Friends Are For' by Patricia Lillie 'Cold as Night' by Sam Dawson 'The Seventh Card' by Mark Valentine 'Mrs Velderkaust’s Lease' by Helen Grant
Post a Comment
Read more 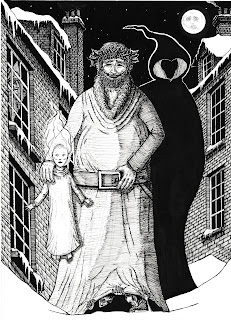 This is the full-length illo by Sam Dawson. Unfortunately the exigencies of cropping the image mean that, on the cover of the next issue, you can't make out the children - Ignorance and Want - beneath the robe of the Spirit of Christmas Present. So I thought I'd share it.
Post a Comment
Read more

New stories by Steve Duffy, Jane Jakeman, Sam Dawson, Patricia Lillie, Mark Valentine, Lynda E. Rucker, and Helen Grant. As you might have guessed from the Dickensian cover (also by Sam Dawson) there are quite a few seasonal tales in this one. This is my attempt to get ST back on the three issues per annum track after a very bad year, hence the short period between issues.
1 comment
Read more 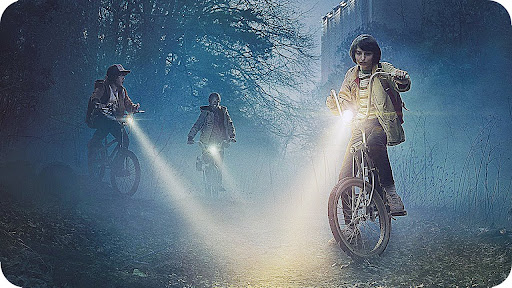 I received a gift subscription from an old friend and found myself watching a lot of stuff on Netflix. Of the shows I've seen, Stranger Things is arguably the one closest to the fun horror movies I watched when younger. Certainly the show has tapped into a rich vein of nostalgia (it's set in the Eighties, before the web and mobile phones), and its creators, Matt and Ross Duffer, have made no secret of their admiration of John Carpenter, Spielberg, King and other iconic creators of horror. For those who don't know anything about it, the premise of Stranger Things is simple. Hawkins is a small town in Indiana. Nearby is a secret laboratory where paranormal research is under way. The scientists unwittingly punch a hole into a parallel dimension ('the Upside Down') and a boy, Will Byers, accidentally strays into this dark world. The first season of the show focuses on efforts by Will's friends and family to get him back. Also involved is the local sheriff, an al
Post a Comment
Read more

To mark the 150th anniversary of the publication of Sheridan Le Fanu's classic story (in Dickens' magazine All the Year Round ) the Swan River Press had produced a lavish commemorative volume. Most of us already have the story in at least one anthology or collection. But this new edition is a very fine little book indeed, a real collector's item. Check out the details here . There are excellent illustrations by by Alasdair Wood, which capture the grim, disturbing essence of the tale while skirting overt horror. There is a subtly nightmarish quality about them - especially the last one. Wood also supplied the artwork for the excellent cover design by Meggan Kehrli. The book is accompanied by a CD containing an hour-long audio dramatisation of the story, written by Reggie Chamberlain-King and performed Belfast's Wireless Mystery Theatre, Regular readers of this blog will know how much I love radio drama, and this play does not disappoint,
Post a Comment
Read more

'So Long at the Fair' 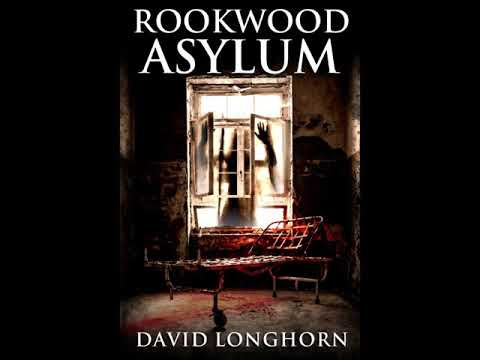 A story written and read by me. More info at the video description.
Post a Comment
Read more
More posts