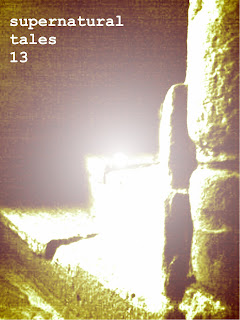 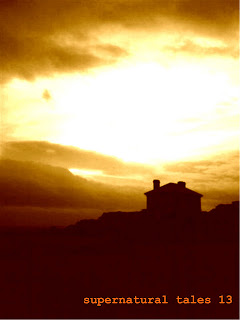 Ruddy Nora, no peace for the wicked. I've been working on covers as well as contents. I am possibly in a position to do colour covers in future. See what you think. These pics are based on photos sent to me by Tony Lovell, author and freelance eyeball. Thanks, Tony, and if I've messed 'em up let me know.
- November 29, 2007 2 comments:

Well, paint me pink and call me Shirley

... for I am chuffed. Adam Golaski, may his tribe increase, has decided to dedicate his first book to me! Me! That sort of thing normally happens to the Aga Khan or Richard Dawkins, but now I too am in the literary world of tribute and accolade. And of course if he sends me a copy I will review it with clinical impartiality. Just like them proper interlekchuls in the Sunday papers.
- November 29, 2007 2 comments:

Good News from the Vatican

Fans of Robert Silverberg may have been lured here under false pretenses. Sorry. But I am in a sense the Pope of the Supernatural Vatican, kind of. And really do I have good news. Thanks to Gary Fry (may his tribe increase a bit) I have contacted a much cheaper printer. With luck ST will be able to continue more or less as before! I might even be able to go to a colour cover. Unless it was all a dream...
- November 19, 2007 No comments: 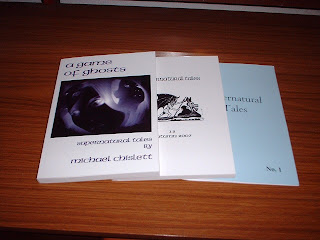 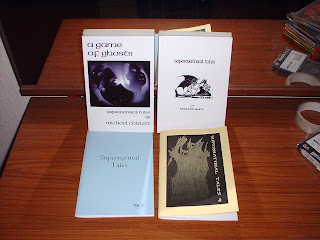 Here's a bad picture taken with an old camera by a man with a headache in England on a rainy day. And here's another one...

Note that I've included two early issues to give some idea how times have changed. Zeppelins no longer cleave the skies, the Empire has fallen, and magazines are a bit glossier.
- November 10, 2007 5 comments:

What is Valdemar reading?

Kipling - The Mark of the Beast and Other Supernatural Tales (Fantasy Masterworks).
What to say about the wily Kipper? He was fascinated by the cruel, dark and downright barmy aspects of life. Not all of these stories are genuinely supernatural, but who cares?
One Eye Grey - 2 issues of this new Penny Dreadful turned up unbidden. They are rather good. Admittedly they cost several hundred pennies, but the prose is far from dreadful. Worth watching out for - tales of spooky London, all based on folklore and urban legends.
Falling Apart by Elaine Morgan. Subtitled The Rise and Decline of Urban Civilization, this is the Aquatic Ape author's take on modern life and its myriad semi-malcontents.
Evolution in Action by Julian Huxley. Yes, Aldous' brother with a series of lectures adapted into essays. Controversial stuff from the man who coined the term 'transhumanism'.

Since I'm on about the fascinating subject of me, what is Valdemar listening to? On my Sony MPthingy I have Laura Cantrell, the Mediaeval Baebes, Ella & Louis from the Verve era, the soundtracks from Firefly and Battlestar, some Fairport Convention, and They Might Be Giants.

And on DVD? Well, just watched 'Female Prisoner 701: Scorpion', which apparently inspired a chap called Quentin to kill someone called Bill. Also rewatched the cancelled US series Wonderfalls, a clever updating of the Joan of Arc story. Oh, and some of the original Twilight Zone eps. Burgess Meredith, we hardly knew ye. Richard Matheson - he rocks, and no mistake.
- November 06, 2007 No comments: