Yes, you read it right. Billy Joel, of 'Uptown Girl' fame, has been linked with the Sage of Providence. How? Did Mr Joel achieve pop stardom thanks to the intervention of the Great Old Ones?

Somebody noticed that one of Lovecraft's poems is a good fit for the nice, somewhat Dylanesque tune Joel wrote for his song 'Piano Man'. So here goes...

Oh, and that's not the only one. Oh, the noxious Philistinism of this clangorous Cyclopaean epoch! And so forth. You know the routine by now.

This could be the start of a terrifying trend. Be warned.

Do you form an image of a writer when you read their work? I find it hard not to. I picture someone who is older or younger, cheerful or sombre, and so forth. It is a bit ridiculous to do this, because many older authors can 'write young', and a cheerful person can write intensely grim fiction. Anyway, here for your delectation are some images of ghost story/horror writers that, to my mind, don't quite go with the persona that appears in their stories.

Who's this rather stylish gent? Walter de la Mare, author 'All Hallows' and 'Seaton's Aunt', looking quite cheerful at what may be a garden party.

Another English gent, this one equipped with a sensible 'genial uncle' pipe. It's L. P. Hartley, author of many a disturbing tale, such as 'A Visitor from Down Under', 'Feet Foremost', and 'The Killing Bottle'.

Looking a bit like a posher John Inman, this is in fact an author with one unquestioned classic to his name. W.W. Jacobs wrote 'The Monkey's Paw'.

Finally, a hardworking writer who penned dozens of books for young readers but also produced some excellent weird tales for grownups. Edith Nesbit, author of 'Man Size in Marble', 'The Violet Car', and 'John Charrington's Wedding'.
- February 26, 2018 No comments: 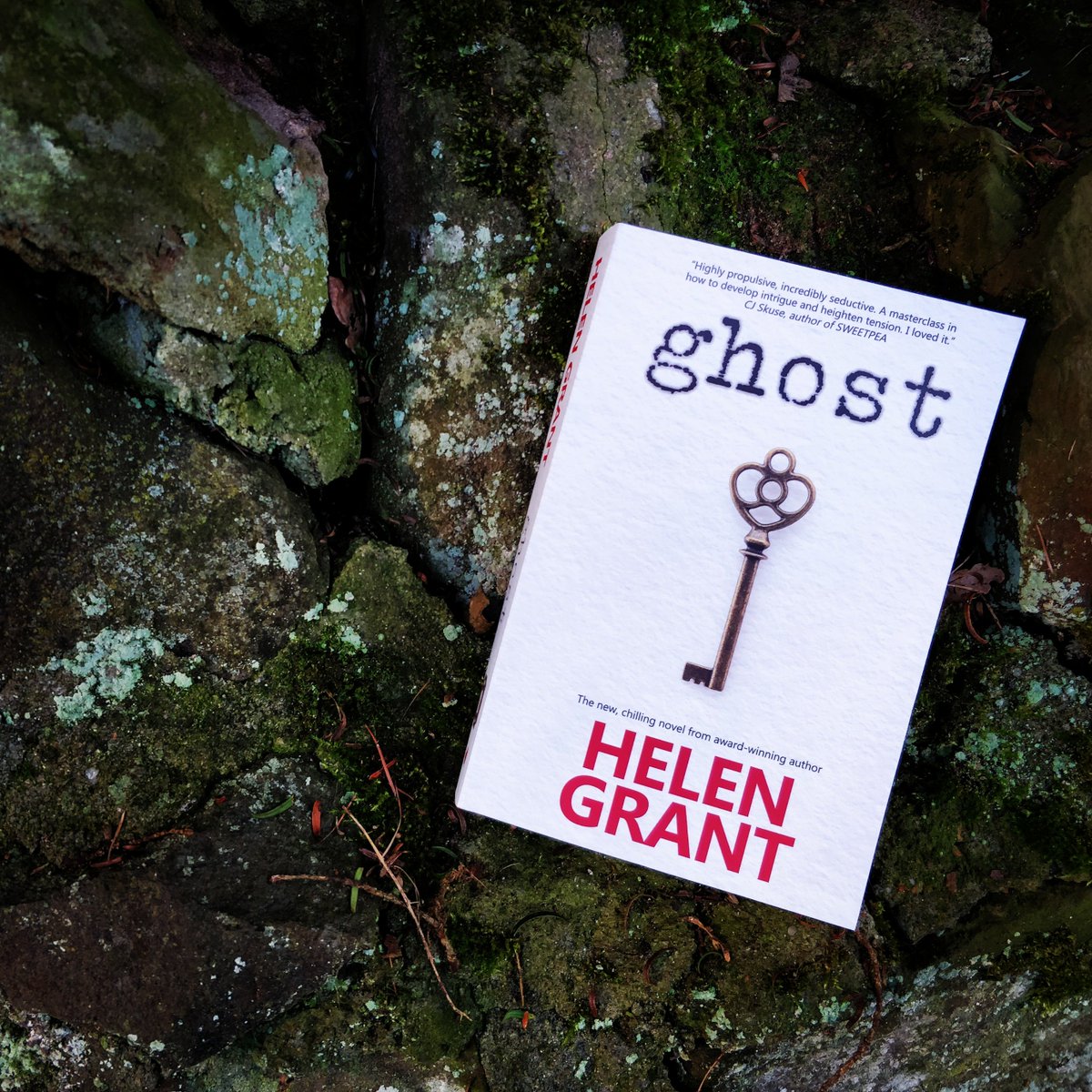 Helen Grant's story 'Silver' will be appearing the next issue of ST. Meanwhile, she has a new novel out which promises to be a spiffing read. It's published by Fledgeling Press and is set in riural Perthshire, in Scotland, where Helen lives. One Amazon reviewer likens it to Ruth Rendell's novel, which for me is the highest praise. I have my copy (bought with my own money, I'll have you know) and will tell you what I think of it in due course.


"Highly propulsive, incredibly seductive. A masterclass in how to develop intrigue and heighten tension. I loved it." CJ Skuse, author of Sweetpea

Here is a curiosity - a Latin American film that is not only a supernatural chiller but also addresses the truly horrifying history of slavery. Los Inocentes (rather confusingly titled The Innocents in English) is set in Argentina in the 19th century. It is visually quite sumptuous - director and co-writer Mauricio Brunetti adopts a Merchant-Ivory approach to the setting, a farming estate called Mercedaria. But he also makes clear that there is no need to even scratch the surface to see the violence and fear that must always form the basis of a slave economy.

Mercedaria is owned by Guiraldes, played by the excellent veteran actor Lito Cruz. The man epitomises the brutal slave owner, raping the women and hanging a black boy, Amuda, who has unwisely befriended his disabled son, Rodrigo. Guiraldes wife is apparently a more sympathetic character. But as the story unfolds it becomes clear that she, too, capable of horrific cruelty.

The story unfolds in flashbacks, with the main action set in 1871, and the incidents that lead to the haunting taking place 15 years earlier. Put-upon Rodrigo returns to the family home with his new wife, Bianca, to try and reconcile himself to his parents. He finds his father as vile as ever, his mother apparently insane. The slaves are gone, apart from some household servants. The farm prospers, whereas when Rodrigo was sent away to school it was suffering from terrible drought. What lies behind, or beneath, these changes?

Some fairly conventional ghost story tricks and jumps occur, but with the Jamesian 'detective story' aspect. Why is the decent Bianca apparently being targeted when she loathes Guiraldes? What drove Rodrigo's mother mad? Where are the slaves? The action - leisurely at first, albeit studded with brutal outbursts - speeds up until the finale, which sees the ruin of all Guiraldes aspirations. The innocent must suffer, as the title implies, because blood calls for blood. And there is a fair amount of blood, one way and another.

From 'The New Yorker' 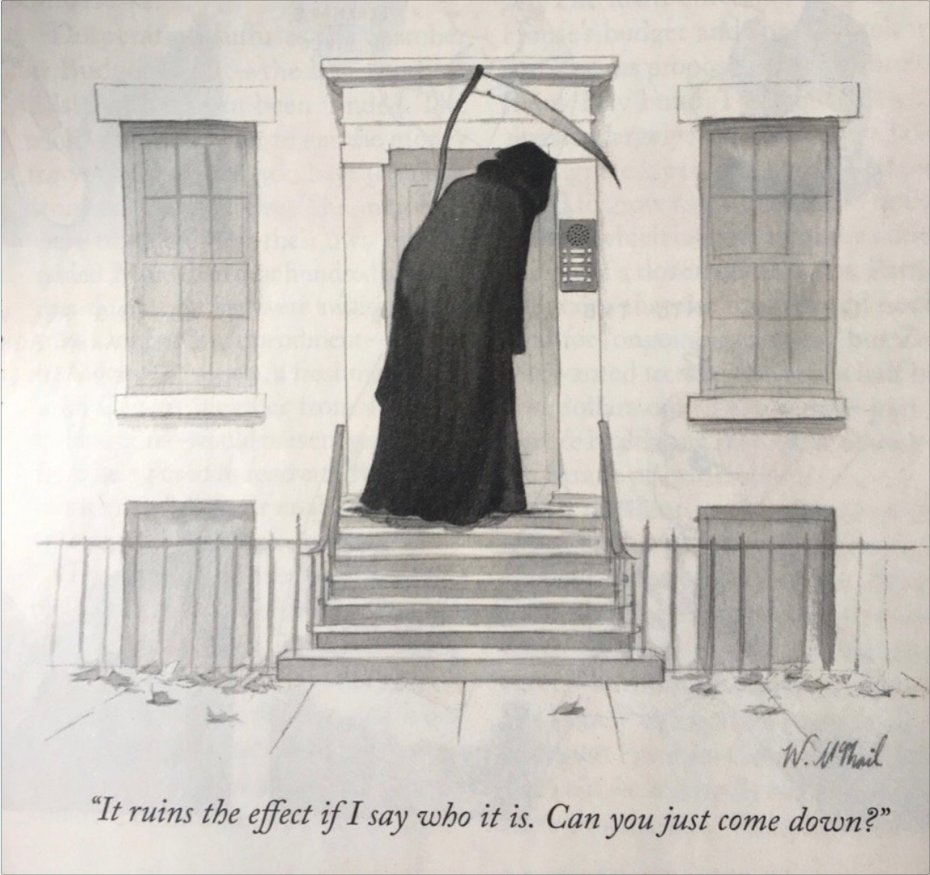 Here is an online petition to ask the BBC to 'commit to a full and proper revival of 'A Ghost Story for Christmas''. Will it make a difference? Well, we can try. At the moment it's got over 100 signatures. A few thousand might have a chance of swaying Auntie, I suppose. Anyway, your attention has been drawn to it, good and proper. It's the work of Calum Sherwood, and the full wording is below:


Folk horror has had a resurgence of interest in recent years.

Numerous articles in the press (See: here, here and here) have charted the growth of interest in the folk horror genre, and it has led to the establishment of a movement of enthusiasts dedicated to its conservation and revival.

'A Ghost Story for Christmas' is often seen as one of the finest expressions of the genre in both its incarnations, during the 1970s and sporadically throughout the 2000s. The last instalment of series was broadcast in 2013. Since then, no commitment has been made by the BBC to maintain the revival of the series.

Radio Times journalist Alison Graham wrote in December 2017: "The Christmas TV ghost-story tradition fell away a long time ago, but it should be brought back... now is the perfect time to bring back the Christmas ghost story".

The BBC should commit to a revival of 'A Ghost Story for Christmas'. By only sporadically reviving the series, the BBC is ignoring its own central place in the history of folk horror.

Folk horror is part of the cultural zeitgeist, and reviving 'A Ghost Story for Christmas' would be very much to the BBC's advantage - celebrating its role as one of the greatest contributors to folk horror television.

We call on BBC programming commissioners to commit to a full and proper revival of 'A Ghost Story for Christmas' series.

It's not often that I review a film that has been completely disowned by its writer/director, but here we go. In this interview Jennifer Lynch (daughter of David Lynch) urges people not to watch the film she spent the best part of a year on.

Well, that's pretty clear. When I watched Hisss (it's really hard to keep typing that extra S, by the way) I had no idea Jennifer Lynch was the daughter of the cult director. I'm not sure it matters, because the only David Lynch film Hisss resembles is Dune. It has the same bonkers attempt at a rationale, the same ramshackle structure, the same over-the-top villainy. That said, it is a far better film that Dune. I know that's like saying I'm a nicer person than Stalin, but still.