... have been fairly positive so far. Praise has been heaped on the authors and the general standard of stories is regarded as high by those who've made their opinions known. This is of course a classic case of the self-selecting sample. Also, people who find they don't like ST are hardly going to subscribe to it. But I'm hearted by the obvious pleasure the magazine brings to readers. Without the reader, the writer is a voice crying (drunkenly, I'll be bound) in the wilderness, and the editor isn't looking too clever either. So keep those responses coming. You might want to comment here, get a debate going, that sort of thing.
- March 31, 2012 14 comments:

I was visiting the Laing Art Gallery in Newcastle this morning when I paused amid my meandering perusal of various Victorian paintings to wonder 'Where have I come across that name before?' The answer was not far to seek:

I think we must all know the landscapes — are they by Birket Foster, or somewhat earlier?— which, in the form of wood-cuts, decorate the volumes of poetry that lay on the drawing-room tables of our fathers and grandfathers — volumes in ‘Art Cloth, embossed bindings’; that strikes me as being the right phrase. I confess myself an admirer of them, and especially of those which show the peasant leaning over a gate in a hedge and surveying, at the bottom of a downward slope, the village church spire — embosomed amid venerable trees, and a fertile plain intersected by hedgerows, and bounded by distant hills, behind which the orb of day is sinking (or it may be rising) amid level clouds illumined by his dying (or nascent) ray. The expressions employed here are those which seem appropriate to the pictures I have in mind; and were there opportunity, I would try to work in the Vale, the Grove, the Cot, and the Flood. Anyhow, they are beautiful to me, these landscapes, and it was just such a one that I was now surveying.

It's from 'A Neighbour's Landmark' by M.R. James - full text it here. It just so happens that Myles Birket Foster was born in North Shields*, a short distance from where I now live. He seems to have been a versatile artist and one of those Victorians who adopted watercolours at a time when chemistry was offering the world an ever-increasing range of colour. It's also argued, quite reasonably, that his pastoral scenes were immensely popular with people whose families had moved to the growing industrial towns, but who retained fond memories of the countryside.

But is there a Birket Foster landscape that conforms, more or less, with the one described by James? I've not been able to find one using the Google machine, but the artist certainly did produce a lot of images that fall into the general category of 'nice images of the rural England', and many did indeed become profitable engravings for the sort of book James recalls.

Judging from these pictures, M.R. James may have conflated several engravings that he first saw in childhood.


*Corrected. I was probably thinking of South Shields for unrelated reasons when I wrote this. As one does.

The Royal Mail has been allowed (by a rather weak regulator) to increase its charges. As a result, all basic postage costs will go up at the end of this month by a relatively huge amount. A large letter (i.e. ST size) sent by second class post will cost 69p instead of 58p. As it happens ST is over the standard letter limit of 100g (it's about 150g) so each issue will cost me over a pound to send to a UK subscriber. A similar increase will apply to overseas postage, which is via surface mail. (Air Mail is very pricey and not especially reliable.)


Put in perspective, the cost of posting the magazine accounts for roughly one third of all costs i.e. printing ST, getting it delivered to me, buying the envelopes I put it in. Other costs are also rising, but it's postage that seems set to keep rising, year on year, for quite a while.

I can't see any way to keep ST going other than by increasing subscription costs. I realise this will lose a few people, and that's perfectly reasonable. Everyone has different circumstances and not everyone can treat a magazine subscription as a minor indulgence. I know I can't.

There is an alternative. I could retain the current subscription but reduce the size and quality of the magazine to roughly where it was when it started i.e. a stapled booklet with card covers, running to maybe 75 pages. This would be much like the old Ghosts & Scholars magazine, of fond memory. I could even include the same amount of fiction by the simple expedient of reducing the font size (never a popular move, I know).

What do you think? Keep it as it is but increase the subs to around £16 for the UK and £20 overseas? Or make it a cheap 'n' cheerful production?

BBC on the Sage of Providence

On the 75th anniversary of H.P. Lovecraft's death, the BBC published a nice appreciation of the man and his achievements, penned by none other than Ramsey Campbell. Well worth a read, though of course for fans it covers a lot of familiar territory. I think Campbell captures the essense of HPL's achievement very neatly:


His determination to convey awe gives his tales a quality too seldom found. His work unites the British and American traditions of horror fiction - it unites the realistic and the fantastic, the personal and the cosmic, the occult and the scientific. 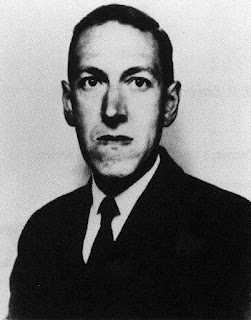 Who is This Who is Coming...

Please be patient, subscriber, your copy will be with you shortly. It seems a bit early for a Summer issue, but postal rates rise at the beginning of April (as usual) so I thought I'd buy the stamps early to save a bit of money. Overseas copies may take several weeks, as surface mail is highly unpredictable. UK subscribers will receive their copies before the end of March.

While you're waiting, let me point to the link on the list to left, which takes you to an excellent site called A Thin Ghost. As well as online texts of M.R. James' ghost stories, it also provides handy lists of adaptations (many sadly lost, it seems) and illustrations for classic stories. Here's one for 'The Mezzotint':

A bit spooky, eh? And here's another one: 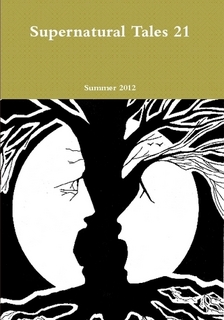 Journey to the Unknown - The Beckoning Fair One

Oliver Onions' classic ghost story, updated (a bit) for a 1968 series that was produced by Hammer to fairly high standards thanks to a US network deal. See what you think.
- March 08, 2012 1 comment: