Showing posts from December, 2009
Show All

Let the Right One In

- December 31, 2009
It’s been snowing, and as I write this the year is dying. A good time, then, to review a film set in a Swedish winter during the second Cold War.             Let the Right One In is a remarkable, unpretentious and very satisfying retake on the theme of the vampire as lonely outcast, and the fascination such a creature might exert on a certain kind of human. The twist, as you probably know if you’re into that sort of thing, is that the vampire in this case is a child – girl called Eli who has been ‘twelve for a long time’. While child vampires have been around a while, Eli is – I think – the first leading character of this sort.             Oskar, Eli’s lonely neighbour, has been twelve for just over nine months. He lives with his divorced mother and sometimes visits his (gay) dad. He is being bullied at school and collects newspaper cuttings about grisly crimes; remember, we are in the late Seventies and there are not yet any handy websites for such lads. A strange killing in which
1 comment
Read more

- December 22, 2009
'Red Christmas' by Jim Steel is an interesting modern-historical ghost story in the latest spiffing issue of ST. Over at the parallel blogiverse of In The Gloaming, it's got the thumbs up ! Huzzah! What's more, it's a story about an unusual Christmas gift, so it's seasonal and everything. That's what we editors call planning, y'know. I don't think Nathaniel Tapley will mind me quoting from his generous review, so here goes: There isn’t a weak story in this issue. Gary Fry’s ‘Night Watchman’ is suitable M.R. Jamesian; and I enjoyed Jane Jakeman’s nasty little tales. Ray Russell’s nightmarish ‘Company’ (another based on a visit to an elderly person for Christmas) was a highlight, and, although I thought it promised a little more in the way of explanation than it delivered, its waking dream is deliciously disorienting and horrifying. Bill Read (or his character) obviously felt much the same way about his school as I did, and he expresses it wonderfu
Post a Comment
Read more

Compliments of the Season 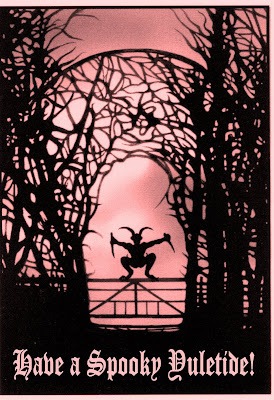 - December 21, 2009
For me, Christmas will always be linked to the first season of The X-Files, which was shown over the winter of 1994-5 in the UK. The first episode (the pilot) was aired by the BBC on 19th September, the final one – Scully finds the alien in a flask – on 9th March. The period between Halloween and Christmas is of course a time for ghost stories. And oddly enough, for a series that will always be associated in the popular imagination with UFO conspiracy claptrap that made no real sense, TXF really delivered the goods on supernatural fiction. Rewatching Season 1 over the last week or so served to underline what a mixed bag of ideas Chris Carter introduced. The UFO stuff was rather ponderous and silly from the start, while the standalone episodes were often sprightly and great fun. And what a lot of ghosts there are. There’s the murdered company boss in ‘Shadows’, the haunted computer of ‘Ghost in the Machine’, the maybe-spirit of Scully’s old dad in ‘Beyond the Sea’, a reincarnated kill
2 comments
Read more

- December 16, 2009
I have received an electronic mail communication from Mr Tapley, which I will copy in full... Hi David, The In The Gloaming Christmas Special went up this afternoon, and it's here: http://bit.ly/5V9in8 It's a festive ghost story with a terrifying twist. And some jokes about dildoes... Hope you enjoy it, N
Post a Comment
Read more

- December 12, 2009
Those loveable Cockney Sparrers at One Eye Grey have come up with some scary podcasts, all on a London theme. Murder, mayhem, madness, mince pies - that's how it's done round our house, and I trust that's also the case for you, too, dear listener. I'm now going to try and embed this PodcastMachine in my blog, like an idiot. Update: it didn't work. Blogger seems very hostile to embedding podcasts. Oh well.
Post a Comment
Read more

In which I am praised

- December 10, 2009
Fanzine Fanatique, a Lancastrian publication, has said very nice things about ST for some years now. The autumn 09 issue is particularly fulsome so - overcoming my natural modesty - I thought I'd quote it in full. 'Well, Steve Jones, Ellen Datlow and Charles Black are keeping the short story alive commercially, but their source material invariably comes from semi-prozines such as this, and it's quality throughout, with a prize for the best story as determined by the readers. Indeed, much as I enjoy those giant anthologies, zines such as ST are not limited to putting 'names' on their covers in order to sell. I've certainly had to endure some trash from established writers (I'll not name names) in those pro anthologies, which is why ST is such a joy. Included also some book reviews. There's a reappraisal of the work of forgotten author Gerald Kersh. I recall the name but...' Nice, eh? I think we've all had that nasty sinking feeling when we rea
Post a Comment
Read more 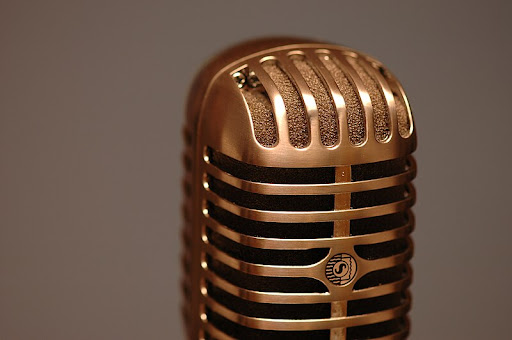 This blog isn't an interesting as it could be. I'm well aware that people who stop by on occasion don't always find it's been updated, and even if it has I've often got nothing much to say but 'Ooh, I'm listening to the wireless'. So I'm throwing open the comments section for readers to suggest things I could do. Nice ones, please. One thought that occurred to me some time ago is this: would you like to hear my dulcet tones, or those of other folk, actually reading extracts from the stories? Or perhaps even reading some shorter stories complete (after they're published in ST, and of course with the author's permission)? If so, there's a problem. It seems blogger can't sustain simple MP3 files for some reason. Unless you know different? Is there a way to get an audio file here without making it part of a video, which seems a bit mad? Over to you, gentle reader.
7 comments
Read more

A Stir of Echoes Richard Matheson's early novel A Stir of Echoes is about a regular guy who, after being hypnotised at a party, finds he can apparently read minds. Or is it that simple? It's a clever novel that, with typical Matheson precision, builds from one strange incident to another. I recently read the novel and, by coincidence, it's now being serialised on BBC 7. Not a bad reading, though it sounds somewhat abridged.
Post a Comment
Read more
More posts