Showing posts from February, 2020
Show All

Eldritch alpacas! Nicolas Cage! Other stuff! I'm looking forward to this. I mean, surely he can't have the bee problem again?
Post a Comment
Read more

'A Bloody Mary, a Tomato Juice, and a Tin of Yellow Paint'

- February 27, 2020
Last Stop Wellsbourne by Tom Johnstone continues to intrigue with interlinked stories about a place that doesn't exist - sort of. Except that it's a lot like Brighton. In this story a paranormal investigator called Myra Valiente looks into the strange happenings at a relatively posh, new-built estate called Redlands Close. It sounds fairly ghastly, thought of course it is intended to be exclusive and desirable. It’s not exactly a gated community, though there are two walled residents’ car parks right next to it, each with an electronic gate controlled by a punch-code key-pad. Between them is a tiny play park enclosed by a red, bowtopped fence. I struggle to imagine children playing in it. Its only occupant is a life-size wooden statue of what looks like Gandalf, judging by the beard and pointed hat. Redlands Close itself is a pleasant enough place, even if the seven box-like houses are laid out behind their manicured, postage-stamp lawns with a mathematical precision that co
Post a Comment
Read more 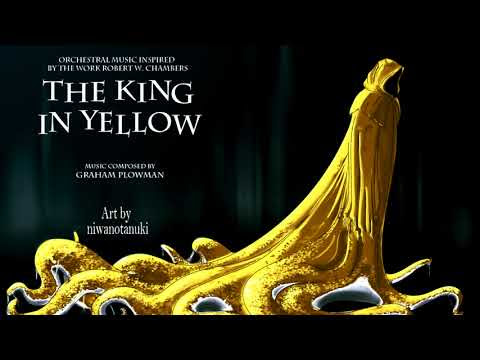 The Beast Inside - Nope! 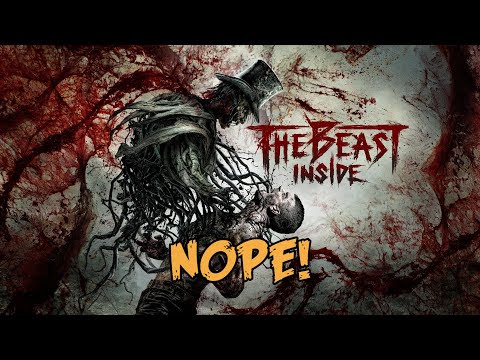 Even if you've never played a game like this, you've seen horror films, right? And this guy's reactions are hilarious. All credit to him for lasting as long as he did.
Post a Comment
Read more

'The Apotheosis of Jenny Swallow'

- February 21, 2020
The next story in Last Stop Wellsbourne takes us into the arcane world of crown green bowling. What could be more commonplace, more typically English, more removed from the realms of horror? But of course, horror can lurk anywhere, and it is often in the blandest surroundings that it finds a secure home. Think Ray Bradbury's small town America. Or indeed Monty James' world of amiable scholars. In this case the bowling club is a place with a hidden secret. The eponymous young woman is charged with (you guessed it) cutting the grass on the bowling green, and stumbled (or so it would seem) onto the mysterious entity that guarantees the team a steady supply of trophies. The tone is quite jaunty, as befits a narrator who determines the 'qualifications' of a young woman for a certain type of ritual. This is quiet horror of a sort, as Tom Johnstone shows us nothing too visceral, preferring to suggest rather than describe. But that makes it all the more disturbing. What el
1 comment
Read more 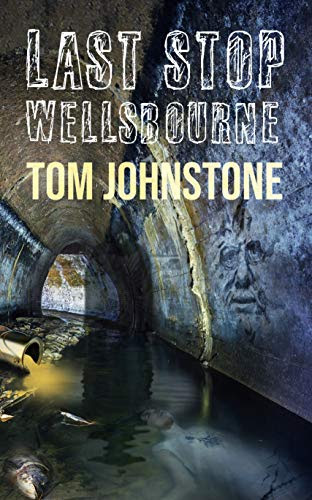 'Could I have done more for him? I tried to look out for him as much as I could. God knows, we're all looking out for him now.' So begins another story from Tom Johnstone's collection Last Stop Wellsbourne . Again, we are with the council grass-cutting squad, and one of their number is missing. As usual, most of the team are dickheads and the narrator is the outsider. There is a paranormal - or just plain weird - reason for the vanishing of another team member who was always a bit of a misfit and underwent psychiatric treatment. In this case the scene of the disappearance is the eponymous park, which proves surprisingly difficult to locate. The story of how the narrator and his colleague got there, and what they found, is intriguing. Here again we find the mysterious woman who is perhaps a siren of sorts. There is the hint of pagan origins in the reference to an 'old stone' that used to stand in the gardens. Above all, though, Johnstone one more evokes the
1 comment
Read more 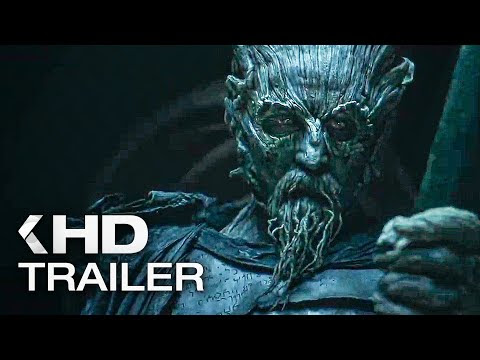 This looks pretty good to me. The puppet show, the wheel of fortune, and a very impressive Huge Bloke With An Axe. Surprised it's a summer movie given the Christmas setting of the original, but hey ho.
3 comments
Read more

'Our Lady of the Red Hands'

- February 15, 2020
The next story in Tom Johnstone's themed collection Last Stop Wellsbourne features a hard-boiled private eye. The gumshoe takes on a missing person case from a grubby, decrepit guy. Turns out the dame he's asked to find is an old squeeze of his called Mary Bell. Or is it Myra? And just how unreliable is this narrator?  The story has a nice Chandleresque feel, which is apt enough as Chandler was British (look it up). As always, grottyness and grubbiness are well evoked, and the hit-and-miss sleuthing approach sits well with the overall theme of obsession. The client, Whybrow, is seedy enough to be a Chandler character and Mary/Myra is a modern femme fatale - in a way. Overall, this a nice blend of modern psychological horror and pastiche film noir is nicely-turned prose. 'Sounds simple, don't it? But in a town like this, a guy like me's bound to bump into a doll like her someplace, sooner of later. And one day, there she was, just walking past me, almost through
1 comment
Read more

- February 11, 2020
My reading of Tom Johnstone's Last Stop Wellsbourne   continues with a cracking tale of eldritch horror, strange hybrids, and general Lovecraftian malarkey. All set in Brighton, as it happens. A town where, it seems, almost anything can happen if it's unpleasant enough: 'Those that created us for their sport can destroy us as swiftly and casually as a vivisectionist kills a laboratory rat that has outlived its usefulness. Like our progenitors, we humans breed livestock for slaughter—an inherited trait no doubt.' The protagonist this time is a former priest who now works as a council gardener, and one night encounters a young woman in ragged garments with bloody hands. Rather unwisely he lets her clean up in his washroom, only later to find the horribly eviscerate body of a homeless man in the park. I can't tell you how pleased I was when this young woman was named as Selina Whateley. Once a good writer uses a surname from the Mythos multiverse you know you're
1 comment
Read more

'The Beast in the Palace'

- February 08, 2020
After a series of thoughtful stories set in the grim present, Tom Johnstone moves back in time to those glory days of empire so many people seem keen on. A modern academic - who happens to be a black woman - sets out to near some of the hidden history of Brighton Pavilion. She seeks out a certain Albert Anvil, who has a story to tell about an ancestor. Cue flashback narrative. The historical part of the story concerns the creation of the pavilion gardens, and the work of a physically deformed young man called Caleb. Isolated by his unusual appearance, Caleb stumbles across an unlikely friend in the form of what he assumes to be a boy. In fact it's an escaped African woman who has been the victim of what we now call human traffickers. The story combines carefully-detailed historical realism with a flight of bizarre and disturbing fantasy. We are introduced to the beast of the title, a deformed creature that embodies elements of the satirical cartoons the Prince Regent/George IV
1 comment
Read more

- February 06, 2020
Subtitled 'A Good Body Washed Up on the Beach Story', this tale from Last Stop Wellsbourne  is at first confined to the realms of grotty realism. The protagonist Shaun Day works for the coroner's service doing what we've all seen done in dozens of crime series and thrillers - bag 'em and bin 'em. We meet him encountering a body on the beach, who seems to have fallen into the sea while in the act of, ahem, pleasuring himself. In the next scene, Shaun's attractive neighbour Letitia asks him to bury her dead cat. It turns out that Letitia is a writer, and she makes friends with Shaun to get material for a new book, which proves a bestseller. The lead character in the book is one Shane Knight, who is a kind of doppelganger for Shaun. Shane is such a well-realised character that he starts to usurp the 'real' coroner's collector. And it's not just the dead he collects... This is an interesting take on the idea of the double, blended neatly with
3 comments
Read more

- February 05, 2020
Tom Johnstone's collection Last Stop Wellsbourne continues with another variation on an increasingly familiar-theme - man in fairly dreary local government job confronted by bizarre possibly-supernatural phenomenon. In this case it's no less than the Riddle of the Sphinx - well, sort of. Ed, who operates a pressure washer that cleans pigeon crap off war memorials etcetera keeps answering riddles posed by a talking cat with a woman's face. As you might imagine, the back story to this situation is somewhat strange. Not to mention tragic. Maybe she was calm, peaceful even, as she sank into oblivion, her locks floating serenely about her head, covering her face in a dark-green blanket. She can’t have changed her mind when it was too late, can she? Pills and open veins. It wasn’t like she was leaving anything to chance.  You don’t know. And you’ll never know how it was for her. And you’ll never know why.  The story's descriptions of weed clogging an old water condui
3 comments
Read more