Showing posts from July, 2008
Show All

- July 29, 2008
Wow, it's weird up north. Hot, but foggy. Overcast, yet no downpour. What I would give for a good old fashioned Gothic thunderstorm. Oh well. Friday I'm off down south, to Norwich with A Ghostly Company to celebrate MR James' birthday and get drunk. Sorry, that last bit should read 'explore interesting churches and the lovely resort of Aldeburgh'.  Still, I've finished Simon Strantzas new book. It's very good. I've written a provisional review, but lack of sleep due to the heat - the damned heat! - has dulled my faculties a bit. It will need revising when I get back, refreshed and not too hung over, from East Anglia.  Maybe I'll be able to blog a bit more regularly, too. In the meantime, here's an amusing video.
Post a Comment
Read more 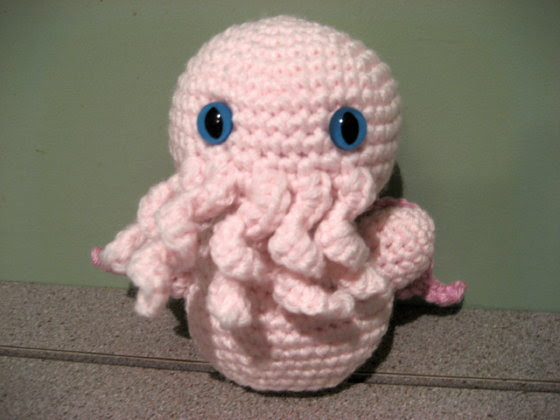 Does what it says on the tin... The tiny ones are particularly evil, I feel. It's at times like this I wish I'd persisted with knitting when I was a lad. But I discovered unrequited love and that spoiled it all.
Post a Comment
Read more

- July 25, 2008
.. though not necessarily about the human condition. No, he was right about canals. Aickman fell out with some members of the Inland Waterways Association , which he helped found, over what canals are actually for. Some, notably the ghost story writer and engineer LTC Rolt , wanted to revive the canals as a transport network. Aickman, to his credit, saw waterways as 'useful' only for leisure purposes. Recent press reports now confirm that leisure boating is the 'big thing', with freight carriage taking a very secondary role. More info about Rolt here . Let's see if I can find a nice video of a canal boat, not unlike that featured in Aickman's story 'Three Miles Up', arguably the first ghost story featuring a girl called Sharon. Nothing spooky about these chaps' holiday, of course - except for their cooking, snarf! I feel the urge to correct myself. Curses, foiled again, and so forth (see Comments). Yes, Elizabeth Jane Howard wrote 'Three Miles
2 comments
Read more

The Great New One consolidates his hold on America

- July 24, 2008
Is the Flying Spaghetti Monster a mutant being from beyond the stars? Or just a very tasty idea? I'm sure Lovecraft, a lover of spaghetti-Os (or hoops, as we call 'em) would have approved.
Post a Comment
Read more

- July 23, 2008
I spend far to much time on the interweb looking at things I shouldn't. And at old pop videos. This one was new to me. I was enjoying 'I wanna be sedated', 'The KKK took my baby away' and so on, and then I found that the lads had gone a bit more Goth than usual.  Somehow - and I feel my passport catching fire as I type this - I always felt the Ramones were more authentic than the British punk/New Wave bands. Not that I didn't appreciate the home grown talent, much of it truly prodigious. But rock 'n' roll is American music, after all.
Post a Comment
Read more

Lovecraft on the BBC, or vice-versa

- July 21, 2008
Some philanthropist (possibly a Reformed Dagonite) has posted a BBC Radio 3 documentary about Lovecraft on YouTube. It's divided into chapters and each is nicely illustrated with pics of the man and his monsters. Listen and enjoy - I missed it the first time round.  The older I become, the more I 'get' Lovecraft. His humour, his style, his sly way with a cosmos, all appeal to something rather deep and possibly unhealthy in my godless subconscious. I also like tentacles, which probably helps.
Post a Comment
Read more

A New Book Has Arrived

- July 19, 2008
In fact, it's so new it hasn't been published yet! That's how important I am, oh yes, I get 'em free before the public gets the chance to spend its hard-earned shekels. The title is Beneath the Surface , the author is Simon Strantzas, and the publisher is Humdrumming .  It is quite interesting, actually, as I've never received an advance reading copy before. It's spiral bound! The cover is jolly good, and the first story is excellent. Grisly and downbeat, but very good and not without a hint of optimism. Oddly, it reminded me of Daphne du Maurier - well, one of her stories, anyway - 'The Blue Lenses'. Also a hint of Eric Frank Russell's novel Sinister Barrier . I will now lie down on my bed and read some more. What lies beneath the surface? Nothing cuddly, I'll be bound.
Post a Comment
Read more

- July 18, 2008
This post might as well go on my H.G. Wells blog (yes, I have one of those too), but I thought I'd plonk it here. I've been thinking about short fiction, because I'm reviewing a few collections for ST14. As it happens, two are by American writers and one is by a Canadian, which is a near-miss. So as I've been wandering about today, buying a new saucepan (at Wilkinsons, very reasonable prices), I've been trying to frame some thoughts on American short fiction. It seems to me that American literature begins and (possibly) ends* with the short story. The first great American writers were Hawthorne and Poe. The former never attempted a true novel, preferring the term 'romance' and eschewing many of the novelistic conventions. As a result, some of his books, notably The Marble Faun , are near-unreadable. Poe did write a single novel in Arthur Gordon Pym but it's unfinished, or at least unsatisfactory. Both made their name as short story writers.  There the s
Post a Comment
Read more

Am listening to a story by Joanne ( Chocolat ) Harris on BBC7. Entitled 'Gastronomicon', it's a Lovecraftian tale of a woman who marries a 'foreign' chap and receives a mysterious book from her mother-in-law. She starts by sticking to the first few pages, in which traditional English recipes have been pasted. But gradually she works her way towards more exotic attempts, resulting in strange noises behind the walls. What's that slithering behind the serving hatch? It's a pleasure to hear someone taking a new line on the dread Necronomicon . Amusing scene in which hapless housewife tries to prepare special meal in the teeth of interdimensional menace. You can listen to BBC7 stories later here .
Post a Comment
Read more

I finished Philip K. Dick's The Cosmic Puppets . It's not bad at all, and has a surprising (to me) metaphysical twist. Without giving too much away, the story introduces nothing less than a deity. Or indeed two deities. Even more surprising, one of these deities has a beautiful daughter. I suppose this kind of thing was all quite commonplace in ancient Persia (there's a hint) but I found it refreshingly strange. The actual denouement was familiar in  a good way - a rancid, vile force of evil shlobbing around, slimily absorbing friend and foe alike. This looks forward to the visions of pure evil in other PKD stories, the best perhaps being in The Man in the High Castle . So, all in all, a solid B minus for this inventive and entertaining short novel.  There's a good article here about the various cover designs for the book, which have misled many readers (me included) into thinking it is sf. Most of PKD's work does fall into the rather roomy category of science fic
2 comments
Read more

- July 07, 2008
I like getting feedback about ST, but it's very rare that I receive it. I think this is largely down to the mag's small circulation. Only a small percentage of people write to the BBC, or complain to their local paper, yet broadcasting and the press have an audience of millions. With only a few dozen readers ST is not going to have a busy letters page. Which is a pity, because feedback is good for writers (even if it's not positive - perhaps especially then) and very good for editors. If people like or don't like my decisions, I need to know. Otherwise every issue of ST is a shot in the dark. Anyway, here is a response to ST13 from a discerning American reader, Michael Cook. David: Another very fine issue. Of the eight stories, I liked best the lead story by Adam Golaski, "They Look Like Little Girls". There's often a surreal, dreamlike quality to Golaski's fiction that resonates personally and this one is no different. It may have helped the story
1 comment
Read more 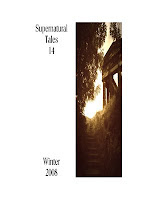 Just in case anyone was wondering, work continues apace on issue 14 of the mag. So far stories slated for publication this autumn include pieces by: Bill Read, Mike Chislett, Clive Ward, Tony Lovell, 'Stone Franks' (a pseudonym), Simon Strantzas, and Jane Jakeman. Maybe a few more will turn up. Non-fiction will include a piece on a somewhat neglected modern collection of stories by Keith Roberts, and an item entitled Three Versions of Dracula. I'm sure a few more reviews will materialise. And I thought I'd let people see the putative cover, if they'd like to comment. Click on the wee pic to get a bigger view.
Post a Comment
Read more 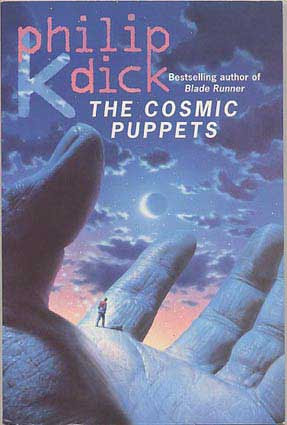 I'm pretty damn sure I read this novel some time ago, but I can't for the life of me remember anything about it. What makes this 1957 novel interesting is that it's one of the few Philip K. Dick novels that is overtly supernatural rather than weird sci-fi. The book begins in classic paranoid style that would become familiar thanks to The Twilight Zone. A young man called Ted Barton feels the urge to return to Millgate, the hick town where he was born, and which he left as a boy. His wife is not impressed. When Barton returns to Millgate he is stunned to find that it simply isn't the town he remembers. What's worse, when he checks the local newspaper files he finds a report that says he died in an epidemic.  That's stange enough, but it's obvious that some children in Millgate have unusual powers - they can create mini-golems from clay, and talk to insects or spiders. And the town seems to be haunted by very credible ghosts, called Wanderers, that just walk
1 comment
Read more

Och, it's a bogle

BBC 7, the digital radio channel, specialises in drama and comedy. I enjoy both, and particularly appreciate the Listen Again facility, which works through the standard RealPlayer. BBC 7 is currently running a series of dramas on Sundays under the heading The Darker Side of the Border. These are ghostly or grisly classics from Scottish authors. The first choice is a two-part dramatisation of Conan Doyle's 'The Captain of the Polestar'. It's all very full-blooded and hairy, as you might expect in a tale of whaling. I have heard it before and it's pretty good. The eponymous captain is obsessed by a spectral lover that may lure him and his crew to their doom. That's McDOOOOM! We're all doomed, I tell ye, captain. Sorry, wrong story.  Conan Doyle deserves more credit for his ghost stories. He deserved no credit for the Brigadier Gerard stuff, or indeed his support for Spiritualism. But I suppose he'll always be the chap who created Sherlock Holmes. If, ind
Post a Comment
Read more
More posts