Showing posts from June, 2017
Show All

- June 29, 2017
Sometimes a title is just too good to overlook . Witches Allegedly Stole Penises and Kept Them as Pets in the Middle Ages I love that 'allegedly'. Keeps the lawyers happy, I suppose. Quote: Kramer goes on to describe one man's quest to restore his missing member. By his account, the poor, castrated fellow "approached a certain witch" who instructed him to "climb a particular tree where there was a nest containing many members, and allowed to take any one he liked." (He was unfortunately rebuffed after trying to pick a particularly large one because "it belonged to a parish priest.")
1 comment
Read more

Aren't titles like that irritating? But apparently you're supposed to have them because they drive Google traffic to the cybernugs of your clickertron. Or something. Anyway, the writer I'm referring to is one you probably HAVE heard of, if you like ghost stories and are well read. The Executor - Ash-Tree Press They Might be Ghosts - Ghost Story Press
4 comments
Read more 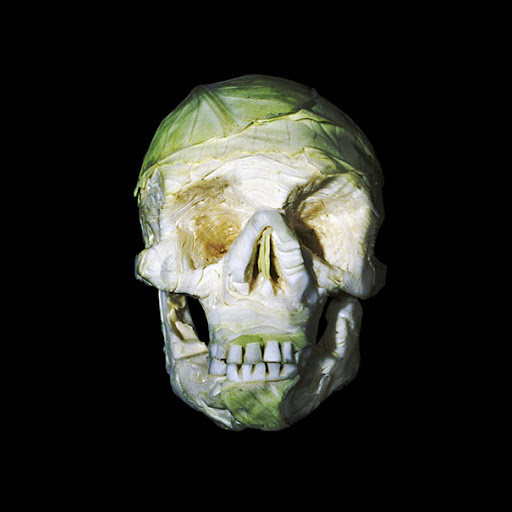 - June 24, 2017
Over at the splendid Pseudopod you can hear a reading of a story from ST #10. It's 'The Last Reel' by Lynda E. Rucker, which went on to feature in The Mammoth Book of Best New Horror #18 (2007). So there. It's one of those cracking stories where people chat about movie endings, and end up facing a real life situation even more fraught than any on celluloid. Working in a kitchen had left her inured to minor cuts and burns. ‘Let’s see what’s in the box.’ Let’s not, he wanted to say, but what came out when he followed her back to the bed was, ‘Three movies featuring a head-in-a-box. Name them.’ ‘God,’ she said, ‘do you have to be so morbid? 'Seven'.’ She lifted the lid. ‘That’s one,’ he said, so he wouldn’t shout something stupid and hysterical like Don’t look inside! ‘It’s filled with photographs,’ she said. ‘'Bring Me the Head of Alfredo Garcia'.’ ‘That’s head-in-a-bag, not head-in-a-box,’ he said desperately. ‘Oh, for God’s sake. Picky, aren’t we?’ H
Post a Comment
Read more Over at the 9th Story Podcast , author Helen Grant talks about writing books, and short stories, including her work for ST. She says nice things about me and my 'warped little mind', showing what an excellent judge of character she is. She discusses specific tales written for ST. That bit begins around 47 mins, but the whole interview is fascinating. Insights into a writer's life, and all that. Helen's story 'Gold' will appear in the next issue. Here is an imaginative representation of her plumbing the depths, or something along those lines.
Post a Comment
Read more

- June 22, 2017
GOLD is for the mistress - silver for the maid" - Copper for the craftsman cunning at his trade! " " Good! " said the Baron, sitting in his hall, But Iron - Cold Iron - is master of them all." Rudyard Kipling, there, proving yet again that he delivered more interesting facts per stanza than any other British poet, with the possible  except of Isidore McClunky, the Actuarial Bard of Berwick. What am I on about? Well, it's mostly down to the heat and lack of sleep, but I'm not just rambling insanely. Iron is traditionally the enemy of occult forces, far more versatile than a mere silver bullet or wooden stake. Iron sorts 'em all out - witches, fairies, the whole supernatural shebang. But why? Well, here's an interesting essay on that very subject! The use of lightning rods caused a furor of conflicting arguments from different factions of the Church. Some priests thought that they demonstrated the Church’s ability to control the elements
1 comment
Read more

- June 21, 2017
Over at The New Yorker we find an intriguing, very detailed item on 'The Occult Roots of Modernism'. It does that thing I like, informing me about a significant figure I'd never heard of. In this case it is a mad French bloke of the Decadent era. Yeah, what are the odds? Péladan was born in Lyon, in 1858, into a family steeped in esoteric tendencies. His father, Louis-Adrien, was a conservative Catholic writer who tried to start a Cult of the Wound of the Left Shoulder of Our Saviour Jesus Christ. Péladan’s older brother, Adrien, was the author of a medical text proposing that the brain subsists on unused sperm that takes the form of vital fluid. I'll just leave that there. The other article is equally thoughtful and looks at an interesting kinship between two of my favourite authors. Check out 'The Corner of Lovecraft and Ballard'. It's very detailed but rewarding, not least in its analysis of corners. Yes, those square things in rooms. I was surprise
1 comment
Read more 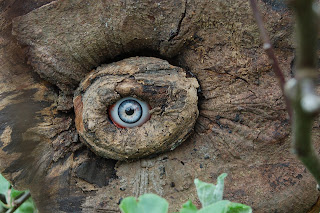 You know when you do a bit of browsing in the bookshop, flip through a few pages to see what a book is about? Well, you just picked up the next issue and are about to peruse the first paras of each story. In what may become a hallowed tradition if I don't forget, here is a taster of what''s in store next month. Where the first paragraph is actually just a line I've added another para to give it a bit of context. Fasten your literary seat-belts, we're in for a wild ride. When Bernard wasn’t concentrating, his wife Marianne bought a cottage on the Welsh Marches. Three months later, he was by himself in the half-timbered sitting-room, a stained copy of Country Life and Château-bottled Bordeaux on the side table next to his armchair. The fire flickered and died down; earlier the central heating had failed. No sounds—apart from the scraping of minute creatures in the beams. The spiders came out at midnight. 'Absolute Possession' by Charles Wilkinson
2 comments
Read more 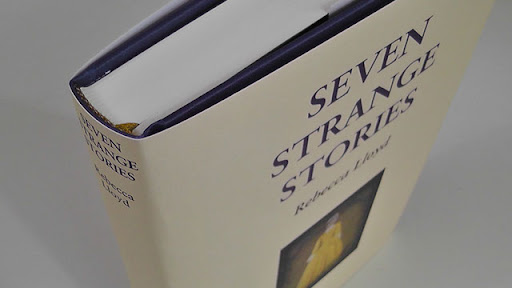 Coincidence is a funny old dame. I recently included Aleister Crowley in a story, and guess what? He's in this one, the last I'll be reviewing from Rebecca Lloyd's fine collection Seven Strange Stories .  The title, you may have guessed, is a somewhat unflattering description of the Great Beast himself. Here he is! I think she has a point. Anyway, the novella is set in Sicily and concerns Ernesto, a young man with ambitions to be an architect. Ernesto's granddad tells him a fragmentary story of a group of foreigners, led by Crowley (who is never named in the story), who set up house in their village just after the Great War. Crowley is here portrayed as thoroughly unpleasant, his largely female following a hapless bunch of victims. The description of the hostile interaction of the close-knit villagers and Crowley's Thelema cult are entertaining, and utterly convincing. Lloyd has a true novelist's knack of giving depth and colour to her characters and set
1 comment
Read more

- June 12, 2017
England - a country riddled with corruption, superstition, and sexual depravity. A land divided between a tiny minority of the super-rich and the vast majority of the middling-to-poor. A place where snobbery, hypocrisy, and bigotry hold sway. Oh, I'm referring to Georgian England. Just in case you were wondering, In this novella from Seven Strange Stories Rebecca Lloyd sets herself the difficult task of recreating an 18th century Gothic story with a modern sensibility. She avoids the obvious pitfalls of having overly-modern language and characters, but also steers clear of using too many period expressions (aka 'tushery'). As a result 'The Monster Orgorp' is almost an object lesson in how to do period fiction without making a twit, or a bore, of yourself. The story begins with a simple country girl, Caroline Wilson, who goes into domestic service at the very dysfunctional (and of course manorial) home of Lord Mallet. Lady Mallet is estranged from the bloated
Post a Comment
Read more 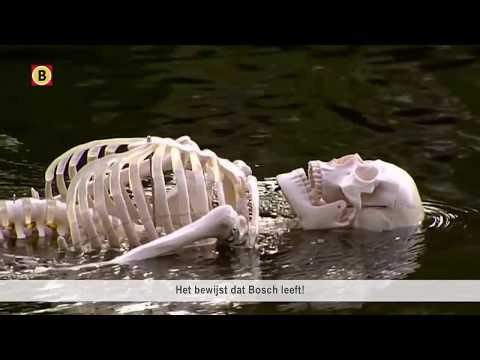 We made our own entertainment... 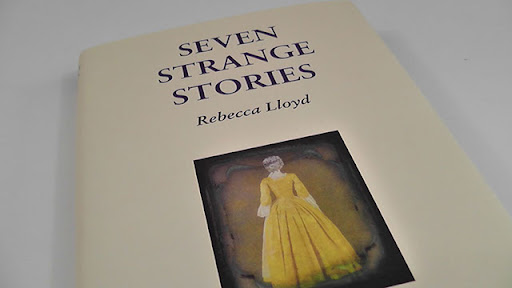 Oh the irony - I'm writing this the day before the UK general election. Where indeed is the harm? Well, in Rebecca Lloyd's 'strange story' the harm is to venture off the path through the woods. This fairytale stuff, of course, and this novella does partake of folklore in some its imagery and ideas. For instance, we begin with two rival brothers, both of whom are in need of cash.They agree to do up their parents' old house and sell it, but one becomes preoccupied with the forest and its link to a childhood mystery. Why did their beautiful mother cut off all her hair one day? An old codger living nearby has a good idea, but won't tell. All he does is warn them to stay on the path and not go in search of a second house that is said to be hidden in the trees. Needless to say one brother strays, urging the other to follow him with the words of the title. They find the mysterious house and its residents, or at least two them. Beautiful and strange women with
Post a Comment
Read more
More posts