I received a gift subscription from an old friend and found myself watching a lot of stuff on Netflix. Of the shows I've seen, Stranger Things is arguably the one closest to the fun horror movies I watched when younger. Certainly the show has tapped into a rich vein of nostalgia (it's set in the Eighties, before the web and mobile phones), and its creators, Matt and Ross Duffer, have made no secret of their admiration of John Carpenter, Spielberg, King and other iconic creators of horror. 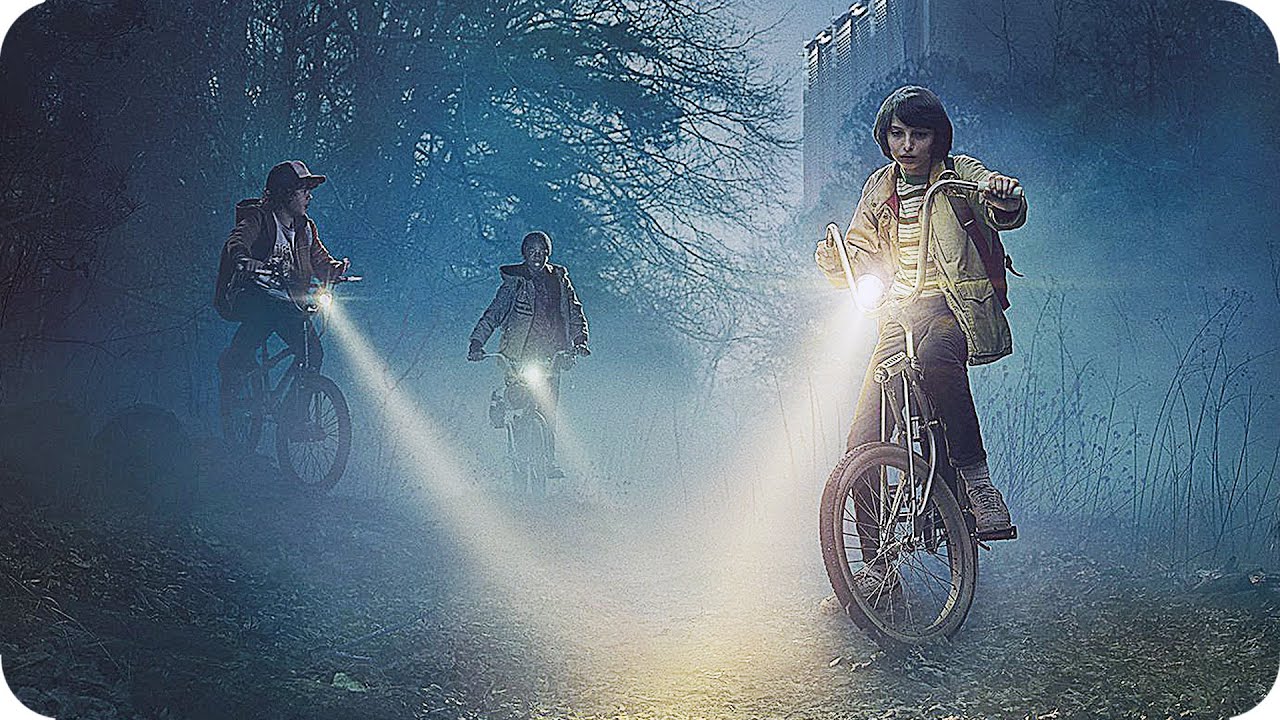 For those who don't know anything about it, the premise of Stranger Things is simple. Hawkins is a small town in Indiana. Nearby is a secret laboratory where paranormal research is under way. The scientists unwittingly punch a hole into a parallel dimension ('the Upside Down') and a boy, Will Byers, accidentally strays into this dark world. The first season of the show focuses on efforts by Will's friends and family to get him back. Also involved is the local sheriff, an alcoholic who cleans up his act in a crisis, and El (short for Eleven) an orphan girl with paranormal powers who is a test subject at the deeply dodgy government facility.

It's that simple, but the Duffer brothers do a fine job of creating characters, establishing the setting and period, and generally making the whole thing a lavish tribute to the tradition of popular, mainstream horror in the pre-internet age. The first season ends with a showdown as monsters strive to break through to our world and wreak havoc. The second season opens with the revelation that Will, though he has been rescued, was 'infected' by the boss monster, the Mind Flayer, and the motley heroes need to fight its influence. Season three sees a misguided attempt to reopen the gate into the Upside Down (though not the by the US of A) and a very big showdown indeed as the world is put in major league peril. And it all goes down at the mall, natch.

One of the virtues of the show is the way it juggles a large, mostly young, cast without confusing the viewer. There are several groups of characters, with the adults led by Winona Ryder as Joyce Byers and David Harbour as Sheriff Jim Hopper. The high school teen sub-plot focuses on Nancy Wheeler (Natalia Dyer, who has the most Eighties face imaginable) and Jonathan, Will's older brother (the wonderfully named Finn Wolfhard). But it's the younger kids who make most of the running and get most of the best lines. The performers do a great job, and details like clothes and hairstyles - as well as D&D games - are perfectly realised.

Here is the Season 1 trailer. A fourth season is due next year. If you like relatively mild horror movies that looks (and sounds) good, you could do worse. But, of course, you have to have Netflix to watch it. This is a problem, because it negates the old common experience we horror fans used to have, the knowledge that if something was interesting most of us would have seen it. Oh well, that's progress. Ironic that a celebration of the common popular culture of the Eighties should be produced in a way that underlines how fragmented that culture has become.