A new book from Sarob Press! Actually it's a book that was published in December but I just got around to starting it, so apologies for the delay. And here's the cover... 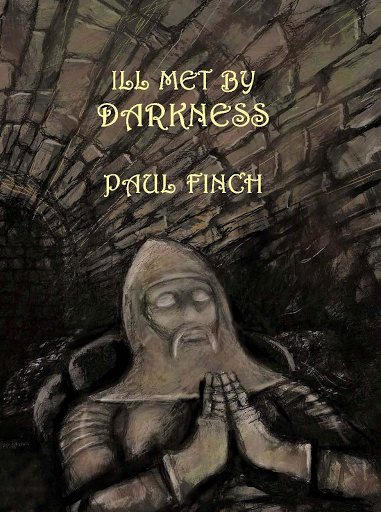 Is it me or is there a distinct Man-Size in Marble feel about that image? Anyway, it's a cracking cover by Paul Lowe.

The contents consist of four long short stories or novella, if you like, and all previously unpublished. The first, which I read last night in bed, is 'Snicker-Snack'. Lewis Carroll fans with recognise the term at once - it's from 'Jabberwocky', the poem read by Alice during her looking glass adventures. The story's premise is clever and compelling - a British comic book artists whose work was so disturbing that it his career was ruined. But not before his publisher, glimpsing the artist's conception of the Jabberwock, was sent stark raving mad.

The story concerns Gilpin, a former book-hunter who has fallen into the clutches of a dodgy character. Gilpin is forced to approach the artist's elderly sister to try and get the fabled Jabberwock picture. He succeeds, but we know - thanks to a very careful accumulation of detail - that he will not profit. The story is one of blackmail, shame, and twisted imaginations. The flaw in Gilpin is the same at that of Carroll/Dodgson, but - as the author notes - the author was never punished. Gilpin is not so lucky.

I enjoyed this story for its steady accumulation of detail, Finch's London reminds me of Ruth Rendell's. It's a city not of historic landmarks and dynamic go-getters, but of odd little byways and shabby, forgotten streets. Strange things happen, violence is never far away, and neighbours have more sense than to open their doors when mayhem occurs nearby.

I'm looking forward to the second story. Here is the teaser from the flyleaf:

“Down to a Sunless Sea” features a weird Cretan objet d’art, an archaeological find, a legendary queen and a fiend of the Ancient World.