'The Maze at Huntsmere' by Reggie Oliver 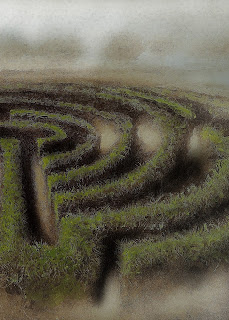 'I knew Seymour Charteris before he became a heterosexual'.

Thus begins Reggie Oliver's contribution to The Ghosts &  Scholars Book of Mazes (Sarob 2020). It's a tale with a modern setting and, as with many of Oliver's stories, concerns old troupers who have moved on from the world of acting. In the case of the narrator, the escape from provincial rep was thanks to the inheritance of the country estate of the title. In the case of his former friend and rival in love, Seymour, it is thanks to marrying the wealthy, titled woman the narrator loved.

Seymour Charteris, we learn, enjoyed a carer uptick when, after marrying for money, he began writing a terrible TV show called Denton Park. Any doubt as this show's to real-world parallels are quickly removed. When Seymour asks to film at Huntsmere our cash-strapped narrator can hardly say no. And soon he has taken his old acquaintance into the maze, where a very impressive statue of Pan awaits...

The story reads as a hybrid between Noel Coward and M.R. James, full of spiky, cynical observations on showbiz past and present, but with a dark core of pagan energy. It overturns one convention of the genre, but I won't say which one. Suffice to say it makes for a contrast to M.R. James' original storyline.

So, another winner from this fine anthology. Next up, Helen Grant, a safe pair of hands if ever there was one.

By the way, did I ever mention that I live five minutes' walk from a Victorian hedge maze which stands by a mock-Gothic manor house? It's a little overgrown now. I won't venture in. 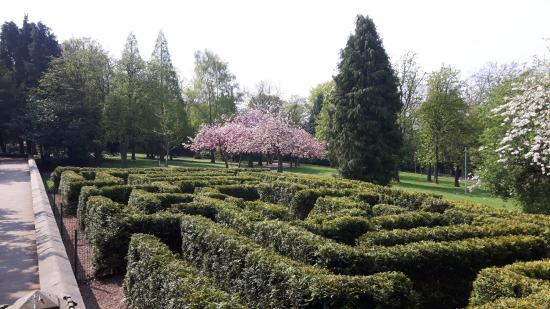