I think I've seen a fair bit of Eberle's work in my time, as I've thumbed through plenty of old magazines (I had an uncle with a vast collection of pulp stuff). I think these illustrations owe something to Virgil Finlay, but I could be wrong. Maybe the influence went the other way? Leah Bodine Drake at least has a Wikipedia entry. Best known as an editor, poet, and critic, she only wrote two stories for Weird Tales (in 1953/4), but they clearly merited pretty good artwork. 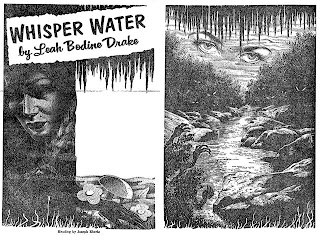 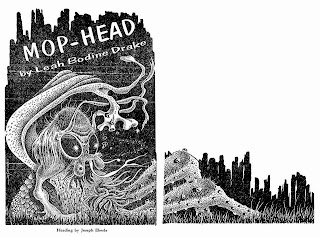