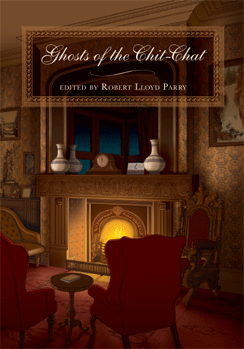 This is an absorbing collection of stories, poems, and other writings of a supernatural nature by members of the eponymous society. It was established in 1860 and new members had to be elected by the current ones. Like many similar societies it existed for members to read papers on any topic they considered interesting, to be followed by a discussion.

In an excellent preface, editor Robert Lloyd Parry (of Nunkie Theatre fame) offers a perspective on the clubs most famous member, M.R. James, and the way in which his first two ghost stories were read aloud to members. the first two stories in the book are the original versions of ‘Canon Albéric's Scrapbook’ and 'Lost Hearts’. Neither differ much from the versions that appeared in James first collection of ghost stories.

While Anderson/Dennistoun could be taken as a portrait of the author, Mr Abney in lost heart is the diametrical opposite. And the origins of the story how far from cozy. It was, it seems from a medieval manuscript on the subject of the Jewish blood libel that James seems to have got his idea for the hideous crimes committed in loft hearts perhaps This is why he came to dislike this story in later years. Certainly, as Perry points out, the violent death of a child could not have been the reason why he felt ambivalent towards his story. Wailing well hell is just as gruesome in this regard.

If M.R. James is the best writer here, who is in the running for second place? The obvious candidate is EF Benson, or Fred as he was known two fellow club members. His story the other bed is for me I saw that example of his work if not his best story. It's a claustrophobic tale of a British gentlemen in Switzerland who is assigned the last available room at a hotel. Benson explores the idea of an act of violence leaving a psychic residue, a common theme well handled. For me the story leaves a slightly unpleasant taste, because of its dated assumptions about mental health and suicide.

Arthur Benson's 'Basel Netherby' is by contrast the story that has, I think, grown in stature. It inverts a standard ghost story trope, whereby a hearty English Squire encounters a creative individual who is an outsider in a small rural community. Conventionally, it is the sensible chap who represents the forces of goodness and order, while the intellectual is disruptive and chaotic. Here the situation is reversed, as the eponymous composer finds his creative talents corrupted, and his personality gradually usurped, by an amoral and brutal force residing in his superficially pleasant lodgings.

This twist is perhaps a nod to Thomas Carlyle's accusation, that the English rural Gentry were Barbarians and philistines.  It's notewoorthy that this story was not published until after Arthur's death when his brother Fred found it among his papers. The ghost stories published in his lifetime, by contrast, are far more conventional in outlook.

So, Arthur beats Fred by a narrow head. It must be said, though, that Parry could have chosen any number of very good EF Benson stories for this volume, while ‘Basil Netherby’ is probably the only work by Arthur that can be described as first rate. Hugh Benson's inclusion, ‘Father Bianchi’s’ tale, is too slight to bear comparison with his brothers' efforts. But it does offer good background atmosphere in its description of rural Italy.

Among the other writers I found interesting is Maurice Baring. Once a celebrated author, Baring is little-known today. But his story ‘The Ikon’ is an interesting example of what’s been called Imperial Gothic. Its main character is one of those world-weary intellectuals who populate so many ghost stories, a collector all religious artifacts who does not take religion seriously. he makes a gruesome fate when he tries to mix and match the artwork of the title with those of other faiths.

One pleasure of a thematic collection like this is the discovery of now-obscure writers who, like Baring, are worth seeking out. Robert Carr Bosanquet seems to have been a man of many talents, and might have achieved some literary fame. But he ‘set aside his pen’ to pursue his true vocation of archaeology. He is represented here by two very good poems. One describes the terrible vengeance wrought on a reprobate by the cats of Cambridge. The other is an excellent pastiche of Kipling.

David: RE A.C. Benson, respectfully disagree with "‘Basil Netherby’ is probably the only work by Arthur that can be described as first rate." Yes, Basil is quite a good (the other posthumous story that Fred published, 'The Uttermost Farthing,' is very similar and not half bad) but I find that some of Arthur's earlier published stuff is indeed quite effective, and I would serve up "Out of the Sea", "The Closed Window", "The Slype House", and "The Red Camp" as examples. No, one would not claim he was the equal of Fred or Monty, but he was better than a single story. Thanks for this post, and the review.

The Black Dreams - 'The King of Seatown' by Emma Devlin

As I write, a gang of chancers, bigots, and giftless clowns known collectively as the British government is endangering peace in Northern I... 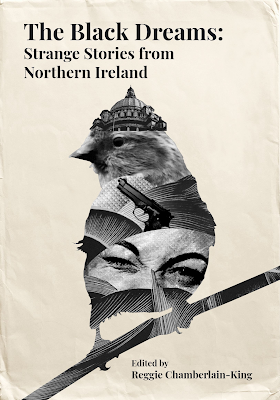