More about the rather spiffing ITV series Mystery and Imagination. My opinion of the long-defunct Thames Television just went up considerably. To me, it's always been the Benny Hill channel, and therefore no great loss. But now, well, I know they did some darn good adaptations of classic Gothic texts.

Sometimes the casting is rather inspired. To be honest, when I saw the name 'Denholm Elliott' on the credits I assumed he'd either be one of the young chaps - Harker, Seward - or possibly van Helsing. Nope - he plays Dracula, and he does it rather well. Also, Corin Redgrave as Harker AND Renfield - the roles are conflated, rather brilliantly. This actually improves Stoker's story, because in the novel it's absurd to leave Harker trapped in the castle one minute, then mysterious escape the next. How did he do it? Erm, he escaped. In this version Harker is enslaved to Dracula, and brought to Whitby on the Demeter. Being stark staring bonkers by this time he ends up in Dr Seward's asylum. 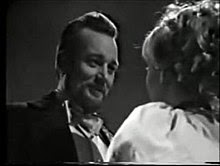