'Three for a Girl'

The longest story in Carly Holmes' collection Figurehead is a novella about a haunted house. It is also a tale of two sisters - Georgie, a successful artist who has bought the house with her husband, Mark, and Marie, a Bohemian outsider. 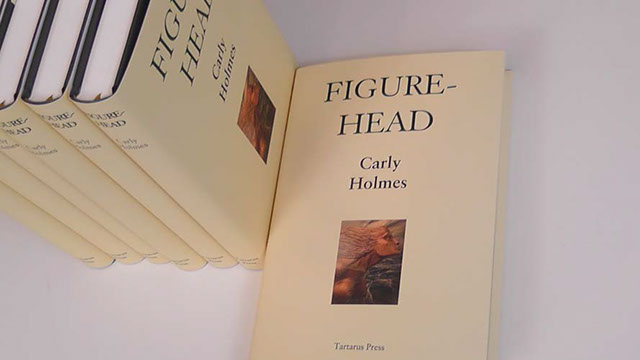 When the story begins Marie has just had an abortion. We do not learn why, or who the man was, only that she has a lover. She calls Georgie, who is pregnant, and agrees to go and stay with her. Magpie House is a former orphanage in the English countryside. Mark is absent. From the start we know that Marie detests him and resents him having a part in her sister's life. Georgie, however, seems well and happy - at first.

As the story unfolds, Marie becomes aware of presences in the house. At first it is a single child that she dreams of, holding her close as she sleeps. But gradually ghosts of all the orphans manifest themselves to her. At the same time Georgie becomes disturbed, and eventually suffers injuries in some kind of attack. Marie's efforts to protect her sister become increasingly desperate.

The truth about the situation is revealed in the final quarter of the novella. Genuine horror emerges from the fabric of the story as it does from the fabric of the old house. There is an overtone of Shirley Jackson's most nightmarish tales in the final scene. But along the way Holmes brings the house and the people to life with exceptional skill, especially when the first hints of a haunting are described.

I felt a little stunned after the last page of this tone.
Posted by valdemar at 07:54