The second series of this excellent show by League of Gentlemen stars Reece Shearsmith and Steve Pemberton is as enjoyable as the first. What the dynamic duo have done is re-invent the old anthology thriller/horror series as grotesque but oddly charming comedy. It's currently available to watch on the BBC iPlayer.

It's a pity that we only get six shows at a time instead of the much longer runs of earlier anthology series, but the basic format is traditional enough. Each time we get half an hour to watch the antics of a group of characters who are, in some sense, inside No. 9. The number in question may relate to a house, apartment, hotel room, railways sleeping car, or whatever. But the story always features a clever build up and a twist of some sort.

This may sound formulaic - well, comedy is inherently formulaic, when you think about it. But what Shearsmith and Pemberton manage to do every time is offer a different setting and atmosphere while staying true to a simple premise that they run with to a satisfying conclusion. Not surprisingly, given their obvious predilection for horror, two episodes of this latest series feature familiar scenarios. Dig the posters, by the way! You can download them from the show's web page. 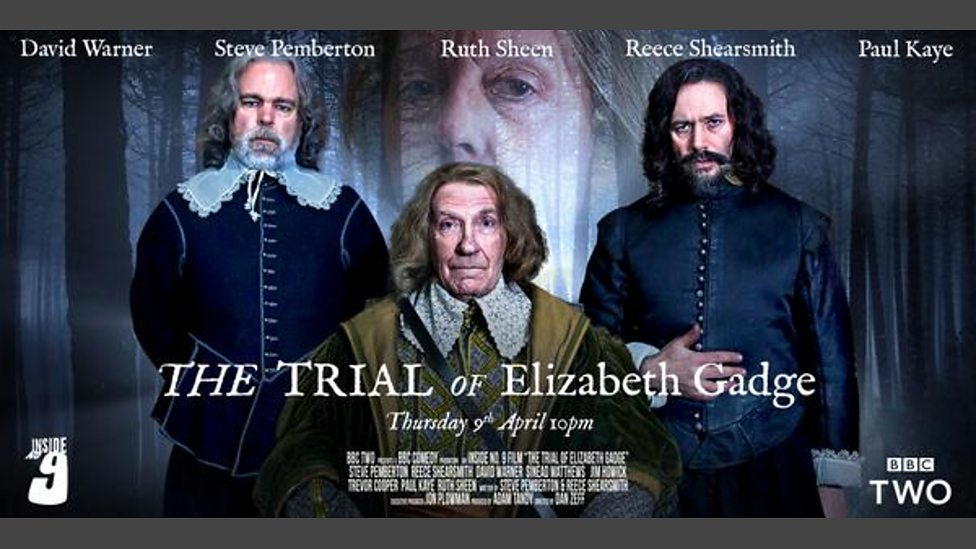 'The Trial of Elizabeth Gedge' is set in 17th century England and takes us straight into the realms of folk horror (as in Witchfinder General). Two witchfinders arrive in the village of Little Happens, summoned by magistrate Sir Andrew Pike (a great cameo from David Warner). Mistress Gedge (the brilliant Ruth Sheen) stands accused of consorting with Satan. She is obviously being set up by her relatives for the most petty reasons. There's a lot of traditional yokel comedy, but also a genuine sense of how dangerous it was for anyone to oppose the prevailing witch mania. As in modern theocratic regimes, to question orthodoxy is invariably heresy. Oh, and a significant trial witness turns out to be a mouse in a bottle. 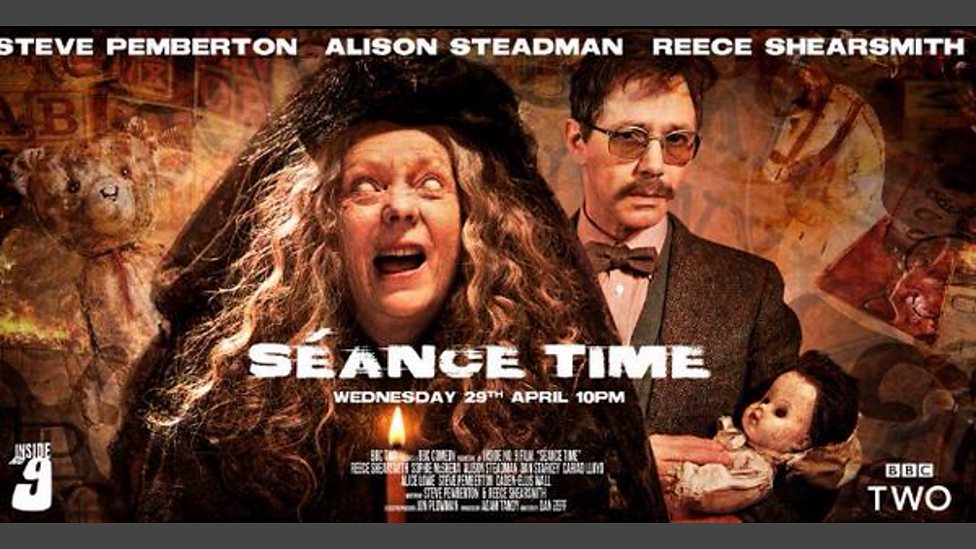 'Seance Time', the last of the current run, is also a love letter from the stars to the traditional horror movie. The opening scenes are straight out of any number of British horror movies from around 1970, but also nods to Hammer House of Horror and similar TV dramas. Alison Steadman's medium is a delight, as is her performance as a vain old thesp when it's revealed (quite early on) that the whole thing is a tacky hidden camera show. The host is a shallow bully who despises his fans and broods over the mishap that led to his original ITV series being cancelled. As a comment on modern television's low moral and intellectual standards it's spot on, but the horror element makes it memorable. In the final scenes, old-school entertainment turns round and bites the modern cheap-and-gormless school. Oh, and it's a good ghost story, full of the kind of touches that remind me why I actually like this stuff. Sometimes we need reminding.
Posted by valdemar at 08:12