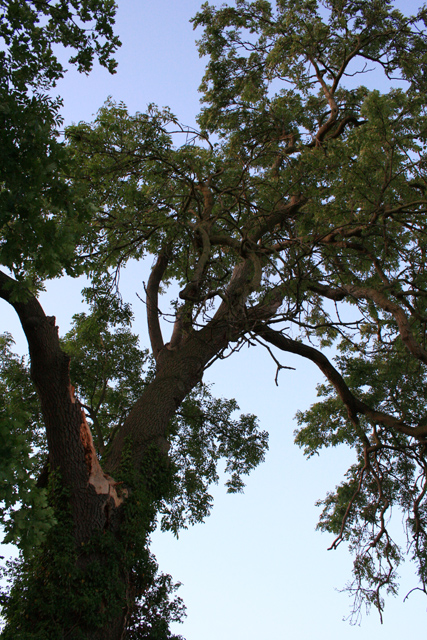 M.R. James' 'The Ash-Tree' is one of my favourite ghost stories, not least because of the weirdly nasty pay-off  I mean, who'd have thought that she would have... you know... Deeply disturbing ideas.

But it seems that the ash tree in the English countryside might soon be a thing of the past.

"Thousands and thousands" of ash trees could die at a nature reserve where symptoms of Chalara dieback have been seen, Suffolk Wildlife Trust has said.

The disease was reported to have wiped out 90% of ash trees in Denmark and earlier in the week was confirmed at Pound Farm, near Great Glemham.

The trust said symptoms had now been found at its Arger Fen and Spouse's Vale reserve, near Sudbury.

A spokesperson for Suffolk Wildlife Trust said they were "very concerned".

And where is 'The Ash-Tree' set? 'Castringham Hall in Suffolk'. It may be that, in a few years' time, the story will seem markedly more dated, more emphatically a thing of the past, because what is now a very familiar tree will be gone from the landscape of Suffolk and indeed the entire British mainland. A sad thought.

It is a pretty sad thought, and also pretty aggravating that the government hasn't taken the most basic of precautions like banning the import of European ash trees to this country (the disease is more widespread on the continent).

You can sign a petition calling on them to change their minds here:

And yes, The Ash Tree is one of my favourite MRJ stories. Worth a Halloween reread I feel...

Thanks, James. I agree that, given the Dutch Elm Disease crisis as a template, the government should have got off its fat posterior and done something sooner.