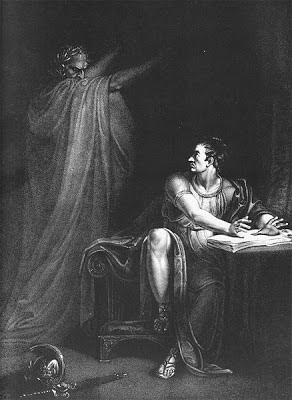 I studied Julius Caesar at school. I used a time machine and a powerful telescope, and he had no idea I was watching him! Well, okay, it was just the play really. It's interesting that Shakespeare shoves the ghost of Caesar into the play to tell Brutus that he will lose the battle of Philippi, a situation essentially the same as that of Richard III on the eve of Bosworth.


Slightly more interesting - and much more famous - is the appearance of Banquo at the feast in Macbeth. While the three witches are the primary supernatural element in the play, Banquo's ghost is arguably the first example of a psychological spook. Macbeth can certainly see it, the other diners can't. It's a stretch to suggest that the murderous Thane is hallucinating, but the ambiguity is such that some directors have dispensed with the cost of sending in the actor playing Banquo after he's been murdered. 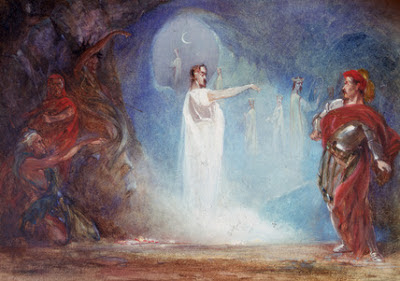 And here's a slightly more modern interpretation - you can find the whole gangsta sci-fi(?) version of the story here - it's a teaching resource, and not a bad one, I reckon. 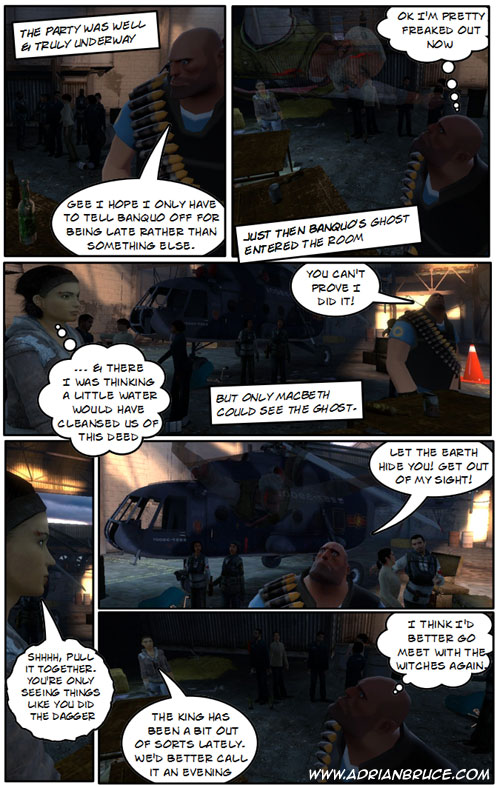 'The King has been a bit out of sorts lately.' Indeed.

And now, offering value for money, we have Macbeth, Banquo, and Witches Three. Click to enlarge. Original is here, along with a lot of other excellent stuff. 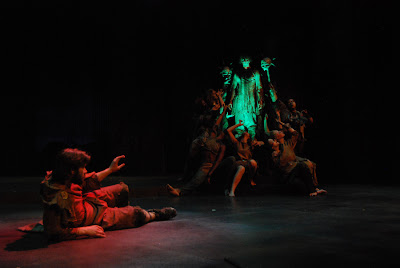