At the Daily Telegraph site, a good review of the OUP edition of MRJ's Collected Ghost Stories. It's an intelligent appreciation of the Jamesian canon. 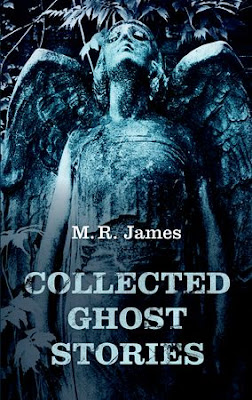 Often imitated but never bettered, they have in the ensuing century proved themselves to be some of the most influential supernatural fiction in English. If H P Lovecraft and Edgar Allan Poe stand at the root of one enduring tradition — the American weird tale, with its madness and horrors, its alien gods, science-fictional conceits and agonised lunatic protagonists — James’s work set the benchmark for that rarer and more haunting form: the English ghost story.

If the weird tale aims to horrify or astound, the ghost story aims to haunt. Perhaps James’s greatest contribution to the form was to discard the overwrought psycho religious chiaroscuro of the Gothic horror tale and to coax the starkest of supernatural horrors from everyday settings and props. But such writing depends to a great degree on form, and, as subsequent practitioners have found, it is far easier to admire than to imitate: few since James have managed so consistent an output.