What is the Gothic? 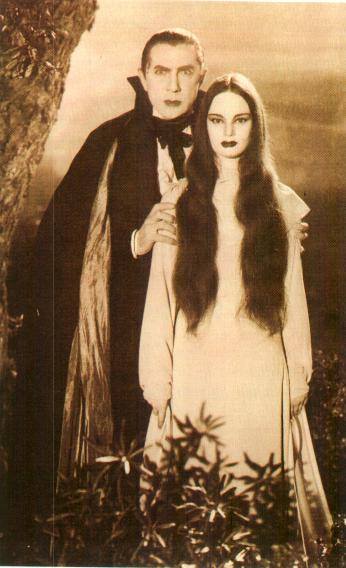 My affection for Goths and my new blog title pic (which comes from a modern 'silent' movie) led me to wonder what the Gothic means these days. There's cybergoth, of course, which seems to be cyberpunk but with slightly less interest in designer labels. But what does the Gothic imply in fiction?

Well, there was that Halley Berry movie, Gothika. It was pants and I couldn't watch it all the way through. So we can forget about that.

Somewhat better was the TV series American Gothic, with its diabolical doings in the Mid-Western US. But American Gothic implies, for me, something rather different to the standard Euro-Gothic.

In his history of science fiction, Billion Year Spree, Brian W. Aldiss suggests that the sf form is essentially cast in the Gothic mould. What he means (I vaguely recall) is that the conventions of the realistic novel don't apply. This is obviously the case in Frankenstein, much of Poe's work, and in some of Wells' stories, especially The Island of Doctor Moreau.

But perhaps the height of the Gothic as a popular form was attained (in English) by J. Sheridan Le Fanu. Now here I can at least have a stab at what the actual genre is about. Firstly, you've got a 'quaint' historical setting. Railways are permissible, but stagecoaches are de rigeur for the mid-Victorian Gothic. Large industrial towns are out, remote villages and isolated big houses are in. And money, interestingly, is always important.

Dickens, at his most Gothic, was obsessed with Who Gets the Dosh. Consider Our Mutual Friend. Consider Pip, Estella and Miss Havisham. Then there's Bleak House - if the court of Chancery is not a Gothic insitution I can't imagine what is. Admittedly, Dickens' focus on London might seem to undermine his Gothic credentials, but consider - in Dickens the 'Great Wen' of London breaks down into what it originally was, a collection of villages clustered around the original, ancient city. Most of the time Dickens' characters haunt graveyards, slum alleys, shabby offices, grotty shops and run-down tenements. The least convincing depictions of London are those of 'nice' houses, by and large. One exception is Wemmick's home in Great Expectations - but Wemmick lives in a mock Gothic castle. Score one for me.

Another point about the Gothic is the need for a sexually vulnerable young woman. Little Nell is the classic example, but there are others. If the young woman can be an heiress of some kind, so much the better. Which brings us back to Le Fanu, and his most popular work, Uncle Silas. Here the young heiress is menaced every which way, until eventually murder is attempted. Le Fanu varied his approach, but the girl plus the money was the default setting. Perhaps the oddest of his efforts was The Rose and the Key, in which a mother jealous of her daughter's beauty has her confined to a private mental hospital where she is subject to abusive 'therapy'.

The Gothic did very well in the late 19th century, notably in Dracula.  But what of the 20th? Well, I can think of two writers who carried the guttering torch into the modern era - one British, one American. Mervyn Peake created a truly Gothic world in Gormenghast. Always a minority taste, his novels - two and a half of them, essentially - remain much-loved classics. Yes, they also offer a deranged comedy of manners, but we often forget that the grotesque, by definition, means 'decorated with human figures', and Peake's characters are often decorative rather than psychologically credible. And that is how the Gothic should be.

The other master of the modern Gothic is in fact a mistress - Shirley Jackson in The Haunting of Hill House knew what she was up to. Here is the naive virgin, Eleanor Lance, coming to the forbidding pile that is, in a sense, her inheritance. I have not read Jackson's We Have Always Lived in the Castle, but the title is suggestive.