Here are brief readings by yours truly. The basic premise owes a lot to a certain M.R. James. Consider that a warning to the curious... Series also features cameos by Himmler, Churchill, and a  thinly-disguised Algernon Blackwood.

A second series of books is now available from Scare Street at the link(s) above. Like the Sentinels series, the Dark Isle books are loosely based on an idea by M.R. James. "Is it 'Casting the Runes', Dave?" I could not possibly comment. Suffice to say that Monty would not approve of some bits, especially the bra scene.

The Ouroboros series is about a cult of snake-worshippers with rather ambitious plans for civilisation as we know it. Ingredients include Soviet ESP experiments, neolithic stone circles, and lamias with attitude. Oh, and the Loch Ness monster is explained brilliantly, in part thanks to a guest appearance from one Aleister Crowley.

Another series of three novellas, this time about medieval naughtiness, modern strangeness, and ghostly doings in a cathedral. Find out the truth about Satan, the afterlife, and the Holy Grail, as defined by me! (Disclaimer - I am not a leading theologian.)

The Nightmare series - in a surprise move by the eager masses this trilogy has proved to be by far my most popular effort. What makes it special? A kind of sci-fi rationale for the mysterious beings who can become your most deluded fantasy, or your worse nightmare. Guess which one they tend to go for. First book - American TV team go an English country house to make one of those blatantly bogus 'Most Haunted...' shows, only to discover that the rumours of past devil worship were only half the story. In the second book the survivors of the team try to get at the truth behind a legend that a small town made a cruel bargain with strange beings to preserve its young men from the horrors of war. In the final book strange doings on the London Underground lead to high-level shenanigans and general mayhem, as shape-shifting monsters run amok.

The Nightmare books proved to be the most popular of my many efforts, so I was asked to write some more. And here they are. Eggs. Cults. Tentacles. Pretty much everything the discerning reader wants.

Current series about an ambitious man trying to join the exclusive and mysterious Mephisto Club. He is set a series of tasks involving the retrieval of paranormal objects from hazardous places. Watch out for Lovecraftian Deep Ones, ancient gods, big spiders...

And here is my latest series, which is set in and around a place called... can you guess? I have to say, the covers are pretty snazzy. Ten out of ten for interior design. "I love what you've done with the place!"

On a Caribbean island where a group of unsuspecting Americans arrive to set up a new dive resort, only to find that they have attracted the attention of a centuries-dead French pirate, who has a nasty habit of whisking away evildoers by the light of a full moon.

But surely our heroes can't be in danger? After all, the Devil Ship only comes for bad people... 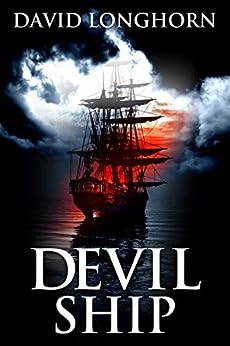 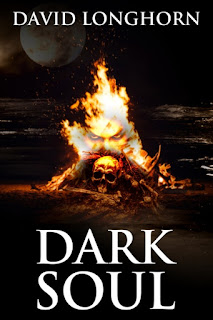 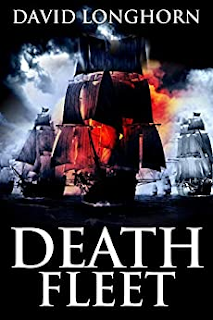 Well, here it comes, ready or not. Another new series of books - six of 'em, this time. The protagonist is a paranormal sleuth who moonlights as a Cambridge academic, or vice-versa. Opinions vary. You know what these tenured professors are like. The point is, you want him in your corner when there's a howling in the forest... 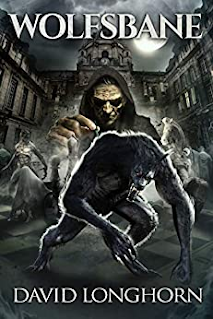